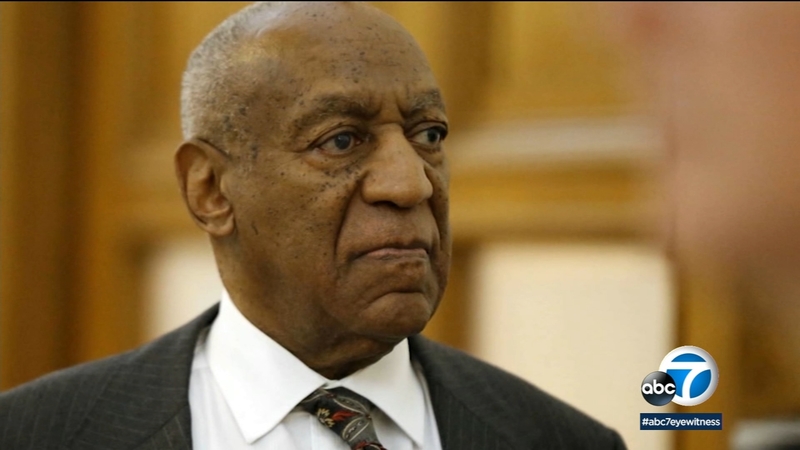 SANTA MONICA, Calif. (KABC) -- An attorney for a woman accusing Bill Cosby of sexually abusing her more than 45 years ago, called the comedian a "planner" who targets young girls.

The accusation came in opening statements of a civil lawsuit against Cosby that began in a Santa Monica courtroom Wednesday.

Judy Huth, who is now 64 years old, claims Cosby lured her to a bedroom when she was just 16 years old and molested her.

She first filed a police report against Cosby in 2014 saying she had repressed the memories of the 1975 incident and only remembered them once several other woman began accusing Cosby of sexual abuse.

This is one of the last legal claims against Cosby after his conviction was thrown out last year, and other lawsuits were settled.

Lili Bernard says Bill Cosby drugged and raped her in Atlantic City in 1990.

Huth says she and a friend met Cosby at a park in San Marino when he was filming a movie with Sidney Poitier in 1975. She says Cosby urged them to return a few days later to watch him play tennis, after which he brought the teens to the Playboy Mansion.

That's when Huth says Cosby gave her alcohol and took her to an isolated bedroom where he sexually abused her.

Cosby's attorney told jurors Huth story is a fabrication that is full of inconsistencies.

Phylicia Rashad has long been one of Bill Cosby's staunchest supporters and she shared her reaction to his sentence being overturned.

Andrew Wyatt, a spokesman for Cosby, blasted Huth's civil lawsuit as another hatchet job designed to ruin the 84-year-old comedian.

"This has been a trial about assassination, to assassinate Mr. Cosby's reputation, to assassinate his legacy," Wyatt told Eyewitness News. "She (Judy Huth) has made so many inconsistent statements. This is a woman who claims she repressed everything. Well, in 2005 you tried to sell your story to a tabloid. So where was the repression?"

Cosby was convicted in 2018 of drugging and molesting Temple University employee Andrea Constand.

Sandy Kenyon has more on celebrity reaction to the news of Bill Cosby's overturned conviction and release from prison.

He served about two and a half years in prison before the Pennsylvania Supreme Court overturned his conviction last year.

Cosby is not required to be present at this civil trial, and his attorneys say he will not attend because glaucoma has left him blind.

Cosby gave one video deposition in this case but he will not be compelled to testify in person.

The trial is expected to last about two weeks.