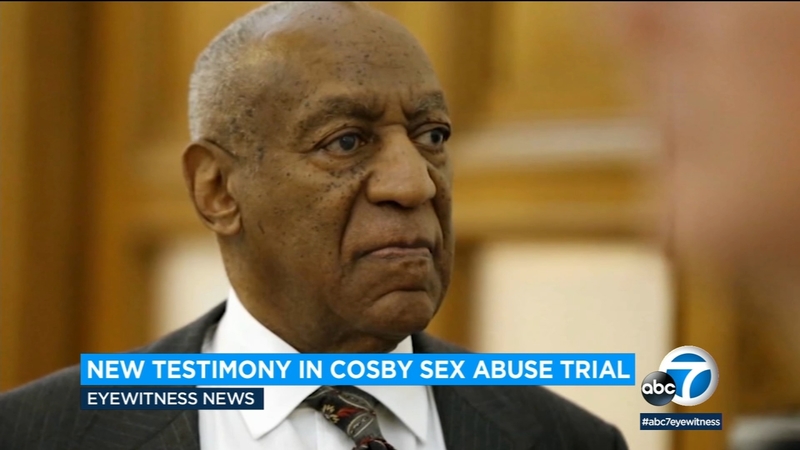 SANTA MONICA, Calif. (KABC) -- Accuser Judy Huth was on the stand Monday in the civil trial against Bill Cosby over sexual assault allegations, revealing what she said happened during an encounter with Cosby in the mid-70s.

Huth, the woman suing Cosby, accused the comedian of sexually assaulting her nearly 50 years ago at the Playboy Mansion when she was 15 years old.

In her testimony, she said she and a friend met the comedian at a park.

Huth testified that she saw Cosby coming from some nearby tennis courts and pointed at him. Cosby pointed back and that's how the two met.

Huth said he invited her and a friend to meet at a tennis club, and had a surprise for them.

An attorney for a woman accusing Bill Cosby of sexually abusing her more than 45 years ago, called the comedian a "planner" who targets young girls.

They followed Cosby in and went to a game room, according to Huth. A portrait of Hugh Hefner was in the room, and that's when she said she realized she was at the Playboy Mansion.

Her reaction, she said in court, was "like, wow."

Before she took the stand, her friend who joined her that day, Donna Samuelson, testified that they were together at the mansion.

The pinball game Donkey Kong came up. Samuelson said that's what she was playing in a deposition played for the jury. However, the game wasn't around when the two said they were at the Playboy Mansion.

Lawyers for Huth said that during their investigation, Huth and Samuelson were at the mansion in 1975 when they were 16 and 17 respectively. Not 1974, when they were both a year younger.

While Samuelson described their friendship when they were teenagers lasting only about a year, Huth testified that they were close, seeing each other 5 days a week, adding that she loved her.

Bill Cosby maintains his innocence in this case.