Prominent activists, allies consider what 'Black Freedom' looks like to them ahead of Juneteenth 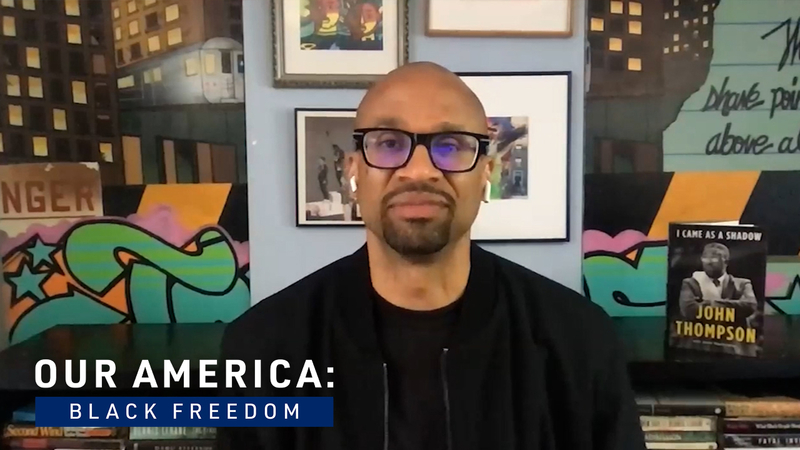 SAN FRANCISCO -- As the country celebrates Juneteenth, the annual holiday commemorating the end of slavery in the U.S., we asked prominent activists and allies from across the country what Black freedom means to them.

"Black freedom, for me, means joy however we are able to experience it," said activist April Reign.

Reign is known for creating the hashtag #OscarsSoWhite that pointed out the award show's lack of diversity and challenged the Academy of Motion Picture Arts and Sciences to be more inclusive.

For Jimmie Briggs, a journalist and Vanity Fair contributor, Black Freedom is about limitless opportunities.

"It means the ability to dream and imagine without boundary, without pushback," he said. "I see it as Black imagination, Black dreams without limit."

Frederika Newton, president of the Dr. Huey P. Newton Foundation and widow of the late revolutionary founder of the Black Panther Party, said she thinks of the words of Assata Shakur, a former member of the Black Liberation Army.

"She said, 'I know a lot more about what freedom isn't than about what it is because I've never been free.' For me, I'd like to think it is the absence of fear," Newton said.

For allies like award-winning organizer Ai-jen Poo, she sees Black freedom as the actualization of the American dream.

"Black freedom is the way that we realize the promise of American freedom," she said.

Fred Hampton Jr., founder of the Black Panther Party Cubs and son of the late Fred Hampton Sr., reminds us the fight for Black freedom isn't over.

"We have to continue to fight for freedom. We have to remember what Franz Ferdinand said: 'We will accept their concessions, but never compromise our principles,'" he said.

"We need to get our basic needs met. That's what Black freedom looks like to me," said Dr. Shamell Bell, activist and lecturer at Dartmouth College and Harvard University.

Twenty-year-old Xavier Brown, an Oakland native who organized one of the largest Bay Area marches following the murder of George Floyd, pointed to the name of the current movement for Black lives.

"It's in the name itself: Black Lives Matter. We're just fighting for the bare necessities for life. I think that when that actually happens we will be a step closer to freedom," he said.

Simply put, "Black Freedom ain't free," said Marshall Hatch Jr., co-founder of the Chicago-based MAAFA Redemption project. "It costs us something. Something has to be sacrificed or given up in order to attain it. We have to fight for it."