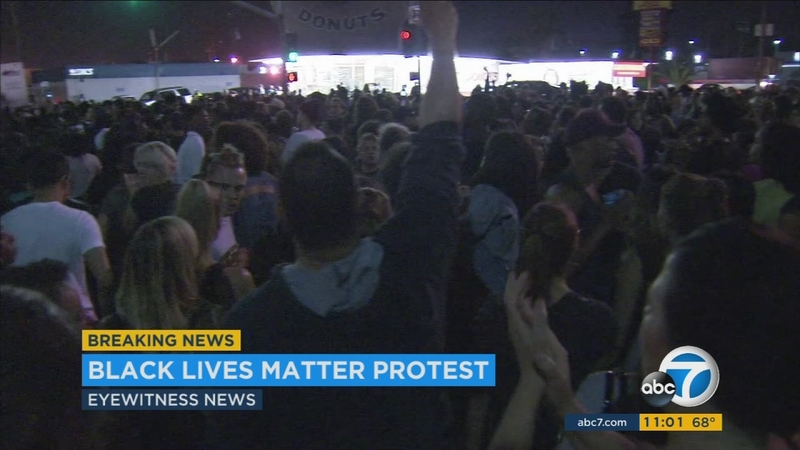 INGLEWOOD, Calif. (KABC) -- Hundreds of protesters with the Black Lives Matter movement took to the streets of Inglewood on Sunday.

The protesters were in the West Manchester Boulevard and La Cienega Boulevard area marching through the streets.

Protesters could be seen blocking roadways as they moved.

Hey hey, ho ho, these racist cops have got to go. @BLMLA shutting down La Cienega and Manchester. #BlackLivesMatter pic.twitter.com/a2b068FzVf

At one point, the protesters blocked both directions of the 405 Freeway, but were dispersed to the side of the freeway by law enforcement.

The protesters made their way back up the on-ramp and performed a sit-in at the intersection of West Manchester Boulevard and La Cienega Boulevard, just outside the iconic Randy's Donuts.

Chants of "no justice, no peace," "black is beautiful" and "black lives they matter here" could be heard in videos posted to social media.

There was a lack of police presence near West Manchester Boulevard and La Cienega Boulevard as protest remained peaceful.