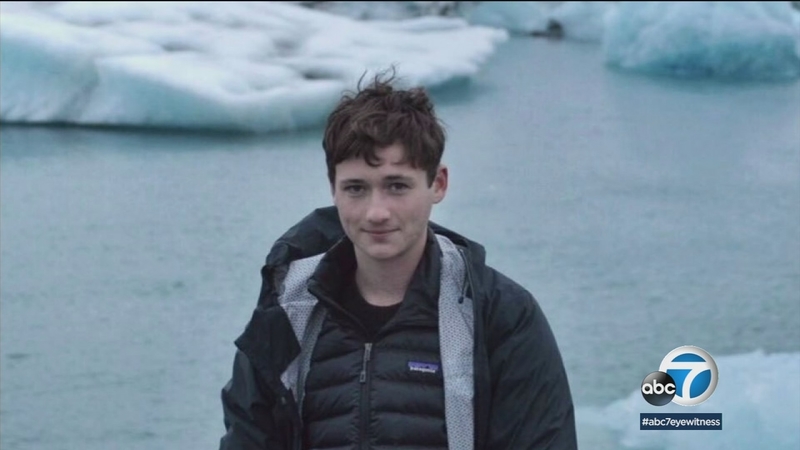 FOOTHILL RANCH, Calif. (KABC) -- A frantic search is underway in Orange County, where deputies are looking for a 19-year-old college student who has been missing for days.

Blaze Bernstein is a University of Pennsylvania student who was on winter break in Orange County. He was last seen around 11 p.m. Tuesday.

Witnessses told investigators he met up with a friend and went to Borrego Park in Foothill Ranch, not far from his Lake Forest home. He left without telling his parents.

Bernstein walked into the park and hasn't been seen or heard from since. He was last seen wearing a dark-colored jacket with a dark grey long-sleeved zip-up and Adidas shoes, according to the Orange County Sheriff's Department.

"I feel like we've explored everything that we could in regard to what happened. But all that we really know is that he ran off into the wilderness and we don't know why," his mother, Jeanne Pepper Bernstein, said.

They said he hadn't responded to phone calls and noticed he wasn't in the room. They said it took them some time before they realized he had left the night before.

They added that he's never shown any signs of unhappiness or given them a reason to believe the successful student was under any duress.

Blaze takes medication daily and needs it to function, according to his mother. She added that she doesn't believe he would willingly leave and not have it with him.