PHILADELPHIA -- Many people were reminded this weekend just how strenuous shoveling heavy snow can be, and unfortunately for some, it may have been too much.

A GoFundMe page has been set up for the family of 18-year-old Briahna Gerloff.

She was 8 months pregnant and suffered from a rare heart defect that can cause a rapid heart rate. But the official cause of death has not been determined.

Other deaths include an 88-year-old man in Lower Providence Township, Montgomery County who died while shoveling.

Two men, one in Allentown and one in Harrisburg, also collapsed.

In Passaic, New Jersey, a neighborhood is mourning the loss of a mother and her 1-year-old son.

Sasha Lynn Rosa stayed in the car with her two kids as her husband tried to dig the car out. They were overcome by carbon monoxide.

The second child, a three-year-old girl, is in very critical condition at a nearby hospital.

It was a similar incident in Berks, County, as 56-year-old David Perrotto was trapped by a snowplow in his running car. He succumbed to carbon monoxide poisoning.

Safety experts say you should clear snow well away from tailpipes before you even start your car to warm it up.

There are also several sources of carbon monoxide around your house.

Be sure there's plenty of open space around the furnace and clothes dryer vents.

Vents for wood stoves also need lots of clearance whether they are on the wall or on the roof.

And of course, if you have an elderly neighbor, check their home, as well. 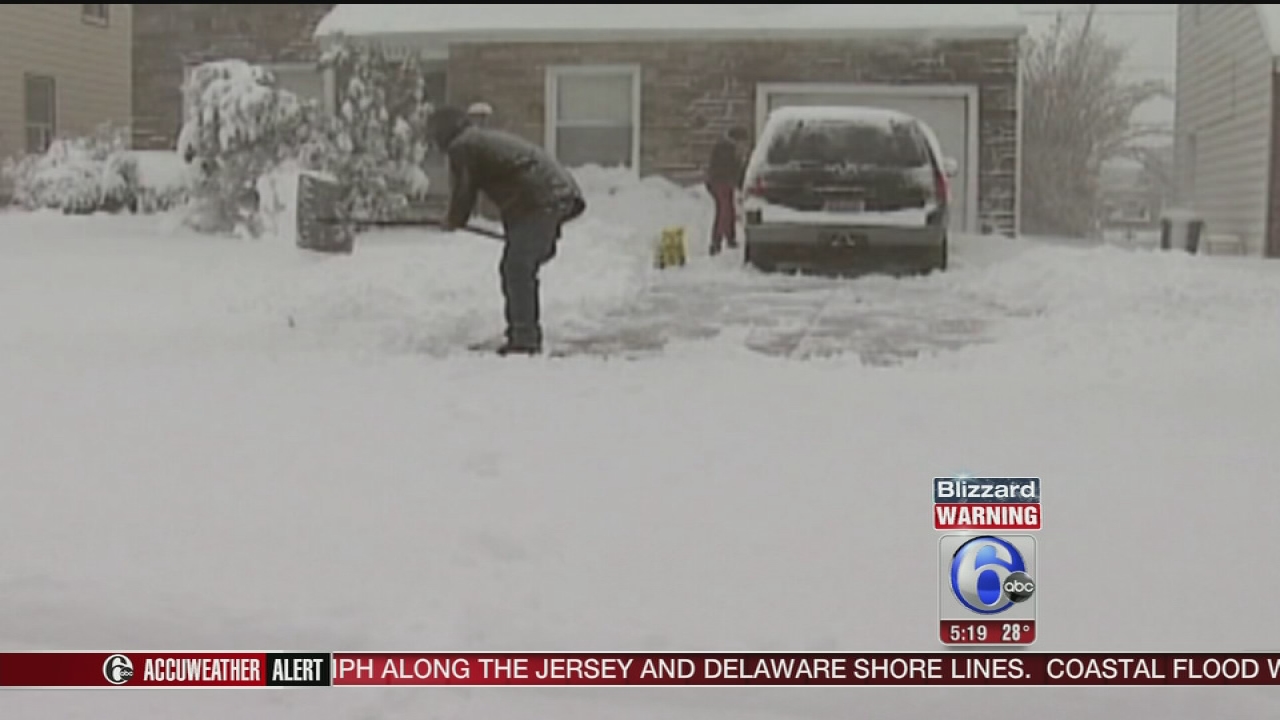 Don't let snow shoveling put you out of commission