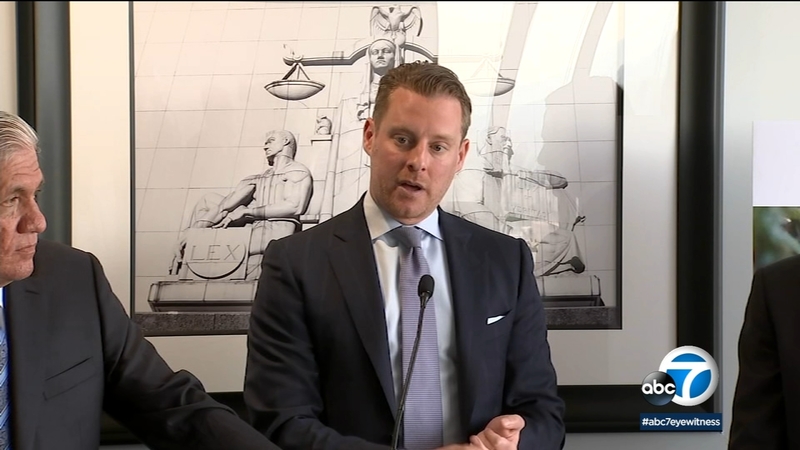 SANTA BARBARA, Calif. (KABC) -- Attorneys representing the families of four victims killed when the Conception dive boat burned and sank off the coast of Santa Cruz Island last September are putting the blame on the boat's owner and its captain.

The disaster took the live of 34 people. It is the deadliest maritime disaster in California in more than 150 years.

"Their training was inappropriate and their policies and procedures were deficient," attorney Robert Mongeluzzi, of the Philadelphia-based law firm Saltz, Mongeluzzi, Barrett & Bendesky said at a news conference Monday.

A preliminary report from the National Transportation Safety Board has found that all six crew members of the Conception were asleep when the fire broke out. Mongeluzzi said that was a deadly breach of federal law, which requires at least one person awake and on patrol around the clock.

While investigators still have not released the cause of the fire, the attorneys said it's obvious: a faulty lithium ion rechargeable battery.

Those batteries and their chargers, the attorneys said, were associated with powerful diving equipment, like underwater scooters and lights. They also alleged the charging equipment was scattered throughout the galley, where the only two exits from the lower bunk room were funneled to.

"The failure to have redundancy, different means to get out, gave the victims trapped below deck, no way to get out of their bunks, no way to get free of this fire," said attorney Jeff Goodman.

The lawyers claim the boat's owners knew of the battery fire danger because the Conception's sister vessel, the Vision, had a rechargeable battery burst into flames a year before. Goodman said crew members tossed the burning battery overboard, but that the boat's owner, Truth Aquatics, failed to investigate it.

"In this case, Truth Aquatics didn't report it to the Coast Guard, didn't bring in safety professionals to reassess what they were doing, and had they done so, they would have noticed this problem," Goodman said.

Eyewitness News reached out to the law firm representing Truth Aquatics and its owner Glen Fritzler, but received no response before deadline.