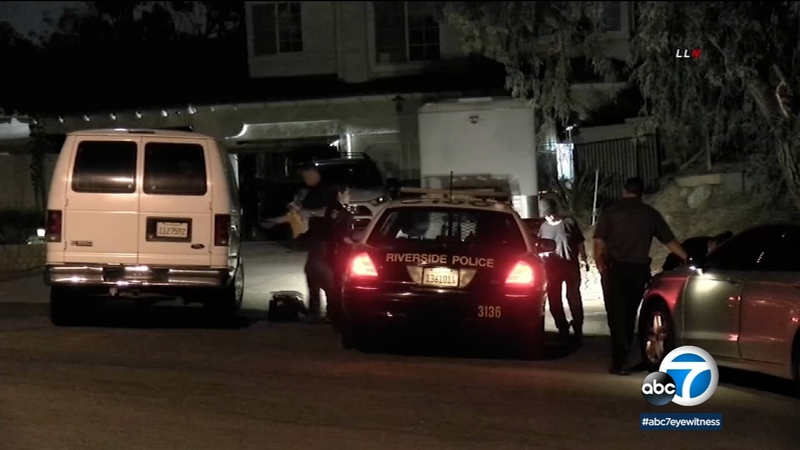 RIVERSIDE, Calif. (KABC) -- A woman whose body was found inside a freezer in the garage of a Riverside home has been identified as a former homicide detective with the Los Angeles County Sheriff's Department.

The department on Tuesday confirmed the body was that of 87-year-old Miriam E. Travis, a 27-year employee of the agency who retired in 1990 as a detective sergeant. She worked in the department's homicide bureau for 11 years.

"Our hearts are broken by this news and the entire LASD family mourns her loss," L.A. County Sheriff Alex Villanueva said in a statement.

Her body was discovered when officers responded to the home Sunday after concerned family members from out of state requested a welfare check, according to the Riverside Police Department. Responding officers made contact with Travis' 64-year-old daughter, who she lived with.

An investigation is underway after an 87-year-old woman's body was found inside a refrigerator at a home in Riverside.

"Once they began speaking with the daughter, there were some inconsistencies with her story as to her mom's whereabouts," said Officer Javier Cabrera. "The officers detained the daughter and ultimately went inside the residence."

Officers described the house as disheveled and said it was almost like hoarder conditions. During their search, officers found Travis' body inside a freezer in the garage.

Valentin says he'd known her for 18 years, but hadn't seen her in perhaps four months. He remembers one day, he asked her daughter Carol, who lived with her, where she was.

The woman's daughter was questioned by authorities but has since been released. An autopsy is being conducted to determine a cause of death.