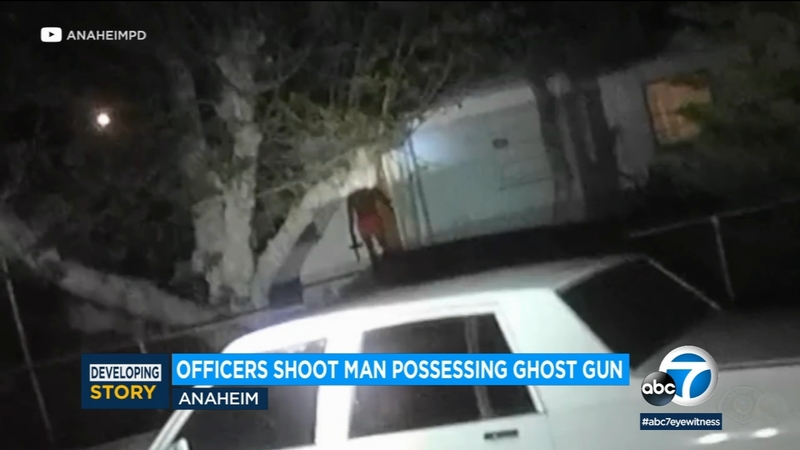 The officer-involved shooting occurred March 3, and police now say they found a ghost gun on the suspect, 41-year-old Osman Brown.

According to Anaheim police, officers showed up when responding to a male suspect who had threatened a woman with a gun.

After surrounding the location, officers attempted to contact the suspect using de-escalation techniques, but the suspect refused to comply, the agency says.

Following a report showing that nearly 41% of LAPD officers who shot at people in violation of department policy were not disciplined between 2015 and 2020, the Police Commission voted to have a similar report updated each month.

A standoff then occurred.

Police say when the suspect pointed weapons at the officers, they opened fire.

The four Anaheim police officers then moved in to provide medical care, but the suspect died at the scene, the agency says.