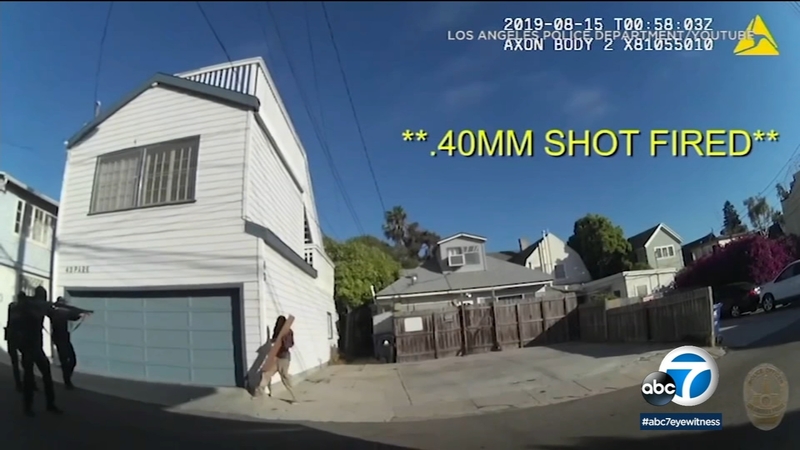 LOS ANGELES (KABC) -- The Los Angeles Police Department's inspector general has released a highly critical report showing that dozens of officers deemed to have shot people against LAPD policy are still members of the force.

The report titled, "Discipline Resulting From Out of Policy Officer-Involved Shootings, 2015-2020," examined 45 cases during that time span that involved 66 officers firing their weapons against department guidelines.

The report found that in those cases, the officers had fired 301 rounds and that 228 of those shots were considered to be out of policy, representing 76% of the rounds fired.

"We have 20 individuals who were fatally wounded by gunfire in those incidents," he told the commissioners. "Additionally, there was one person who was a hostage who was also killed."

An investigation is underway into a use-of-force incident that was captured on video, which shows an LAPD officer tackle a man who was carrying his infant son during a pursuit.

The new report shows 54 people were shot in these out-of-policy officer involved shootings. Their racial demographics skew heavily toward minorities: 24 were Hispanic, 18 Black, six white, two were Asian and four categorized as "other."

Even though 20 people died from their wounds, only one LAPD officer has been fired in these cases, sparking angry public comment calls to the commissioners.

"We know that the LAPD does its best to make sure its officers receive no type of discipline when they murder or attempt to murder our people," one caller said. "You all keep protecting these killers and padding their pockets while costing the city more and more money each year."

Sibley explained that LAPD's chief does not have the authority to fire officers, but can only direct them to the board of rights with a recommendation to be terminated.

The report found that in the cases involving the 66 officers who fired their guns out of policy, Chief Michel Moore only pushed for nine of them to be fired by the board of rights. Just one officer was terminated. Four were suspended, two resigned, one retired and one case is still pending.