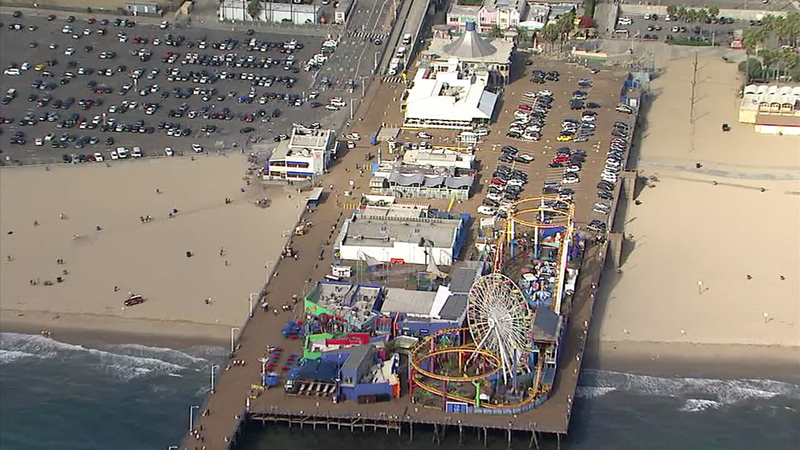 SANTA MONICA, Calif. (KABC) -- The Santa Monica Pier was evacuated and temporarily closed down because of a bomb threat Monday.

Authorities urged people to avoid the area as a bomb robot searched the parking lot. AIR7 HD captured footage of the robot moving through cars in the lot.

Santa Monica police said two calls came in, one from Hawthorne around 12:30 p.m. and then one from Culver City, regarding bomb threats.

The pier, surrounding businesses and the beach were evacuated as a precaution.

Police said they are focusing on one vehicle in the parking lot that the robot was looking over. Shortly before 6:40 p.m., authorities deemed the vehicle safe.