'Bombshell' about to drop in theaters 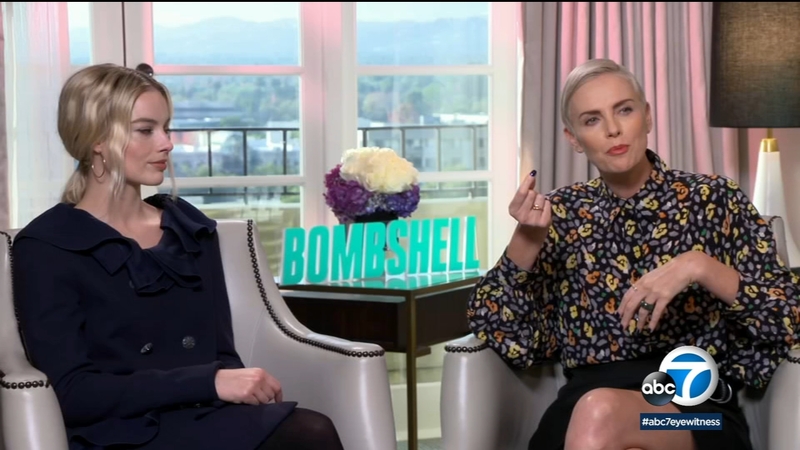 'Bombshell' about to drop in theaters

"Bombshell" is now a major contender of this awards season.

On Wednesday, the film received four Screen Actors Guild nominations. Charlize Theron, Nicole Kidman and Margot Robbie were all singled out, as was the film's ensemble cast.

The people involved with this movie wanted to tell this sometimes shocking story which is based on a real scandal that rocked Fox News. It's a scandal that took down the man who ran the network.

Theron takes on the role of broadcaster Megyn Kelly in "Bombshell."

Robbie plays a fictional character who's actually an amalgamation of several real women.

And John Lithgow transforms into Roger Ailes, the chairman and CEO of Fox News, a powerful man who gets hit with serious charges of sexual harassment.

With the exception of Robbie, the other three wore prosthetics to look more like the real people they play.

"There is something about it that is a little satisfying when you can kind of disappear into feeling like you're actually watching something that feels more like a documentary almost," Theron said. "I think audiences really appreciate it when you try to walk that line and not just go, 'Meh.'"

Besides prosthetics, Lithgow also wore a fat suit. "You know, I embraced the role. I know exactly my function in this story. I'm the troll under the bridge in a fairy tale," said Lithgow.

To play Megyn Kelly convincingly, Theron knew she had to nail that voice.

According to Theron, "I think we hit the sixth week mark and I still just did not sound like--like we would do little recordings and I would say, 'I sound nothing like her' and then, weirdly, it just clicked in soon after that."

Robbie's character finds herself in an unsettling scene opposite Ailes.

"Yeah, it's uncomfortable," Robbie said. "And I think it's important to not let the audience off the hook, to have them stay in the room with Kayla for as long as she stays in the room, which is a couple of minutes, excruciating minutes to sit through. I think that was a very powerful choice."