Migrant boys, 7 and 13, rescued from Rio Grande by Border Patrol 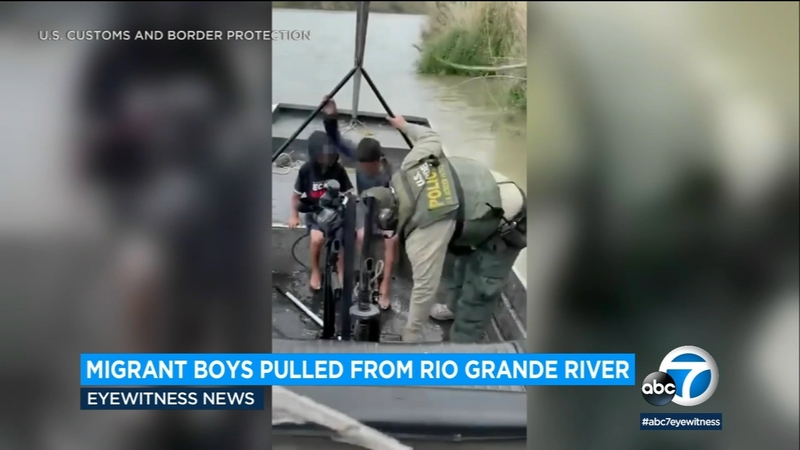 Video from the U.S. Border Patrol shows another example of the dangers migrant children face while crossing the border.

Two boys were pulled out of the Rio Grande River after the Border Patrol found them clinging to the riverbank.

The boys are not related.

They told Border Patrol that they were separated from their mothers in Mexico and a man claimed he would help them cross into the United States - only to abandon them at the river.