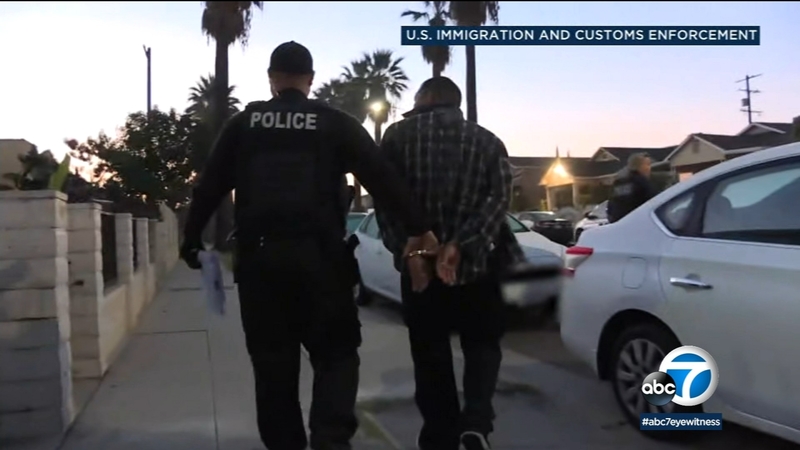 LOS ANGELES (KABC) -- Following the announcement that Customs and Border Protection agents would be deployed across the country in pursuit of migrants in 'sanctuary' cities, Los Angeles leaders are sending a message that the city will not coordinate with the federal government.

Immigrant advocates are dismissing the deployment as a political move by President Donald Trump to excite anti-immigration elements among his supporters and intimidate communities that have adopted sanctuary policies to ensure people cooperate with local law enforcement regardless of whether they are in the country illegally or not.

"(President Trump is) doing this as a way to punish cities and states who actually opted to pass pro-immigrant policies," said Angelica Salas, executive director The Coalition for Humane Immigrant Rights of Los Angeles.

It has not been officially disclosed where the agents would be deployed, but many are looking to major cities, like Los Angeles, with so-called sanctuary city laws in place.

The Trump administration is deploying agents from the border to "sanctuary" cities that are hindering stepped up immigration enforcement.

L.A. Mayor Eric Garcetti and Police Chief Michel Moore addressed the city in a video Friday, alerting immigrants of their rights and promising not to work with the Trump Administration.

"You don't have to open your door to an ICE agent who doesn't have a warrant signed by a judge," Garcetti said. "Rest assured here in Los Angeles we are not coordinating with ICE."

Regardless of your immigration status, I want every Angeleno to know your city is on your side. Here in Los Angeles, our police department does not coordinate with ICE or participate in immigration enforcement.

Chief Moore went on to add that the police department is included in that statement.

"Immigration is a federal matter. Safety is a police matter. And we're not going to mix those two," he said.

The head of the Orange County Sheriff's Department is claiming that the increased crime in his community is a result of Senate Bill 54, also known as the "sanctuary state" bill.

The deployment comes as the president and others in his administration look to increase pressure on a sanctuary city movement that has expanded since he took office.

More than 700 counties have now declined to continue holding people sought by ICE and more than 160 have prohibited officers from even asking people about their immigration status, according to the Immigrant Legal Resource Center.

Supporters of sanctuary policies say people will be less likely to report crime or to be a witness if they believe they could be deported for doing so.