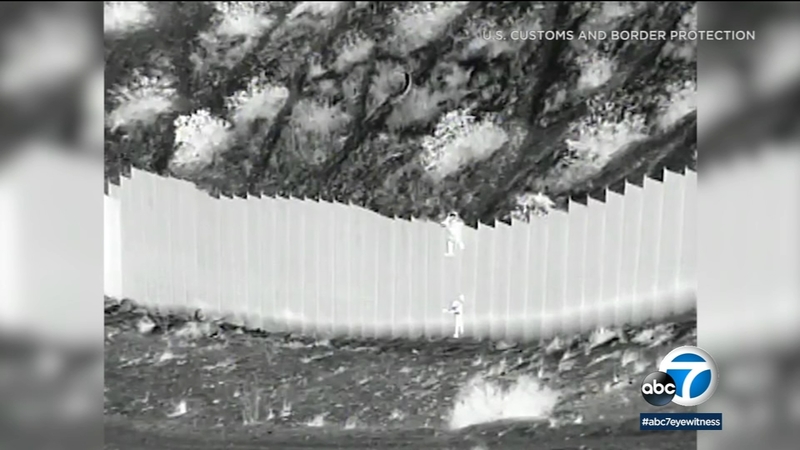 Two Ecuadorian toddler sisters who were dropped over a border wall into New Mexico last month are closer to being reunited with their parents.

U.S. Customs and Border Protection says it has released them from custody after holding them for 13 days, which is longer than the 72-hour legal limit.

The agency says the girls are in good health.

Ecuadorian officials say the girls' parents are in New York and have been in touch with their daughters.

Disturbing video released by Customs and Border Protection showed the girls getting dropped from atop a 14-foot-high barrier by smugglers, who then abandoned them in a remote location in New Mexico.

Disturbing new video shows smugglers dropping two toddler sisters from the top of a 14-foot-high barrier at the border in New Mexico - and then abandoning them.