Dzhokhar Tsarnaev appears in court for 1st time in 17 months 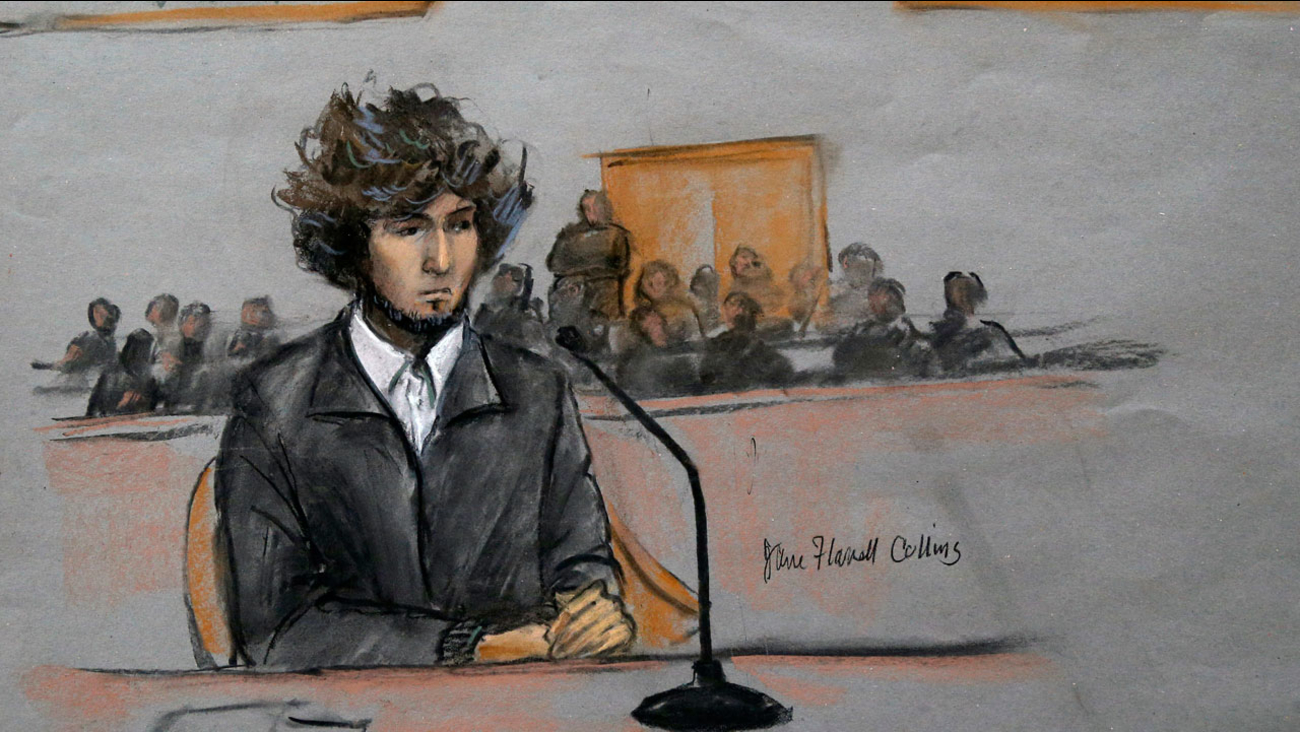 BOSTON -- Boston Marathon bombing suspect Dzhokhar Tsarnaev returned to court Thursday for the first time since he was arraigned in July 2013, and he received a shout of encouragement from the mother-in-law of a man who was shot and killed while being questioned by law enforcement after the bombings.

Security was tight at the federal courthouse in Boston for Tsarnaev's final pretrial conference. 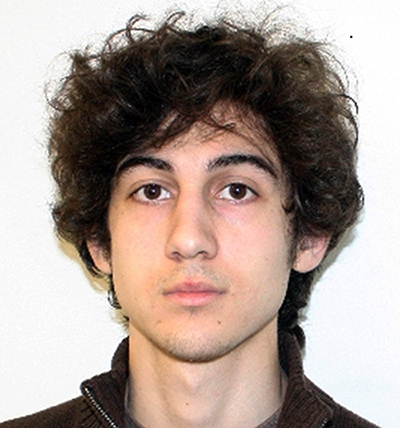 Even before the hearing began, tensions ran high. Outside the courthouse, a man who lost his right leg in the bombings had a testy exchange with a small group of protesters holding signs supporting Tsarnaev and questioning whether authorities have proof that he is responsible for the bombings.

Marc Fucarile held up his prosthetic leg and moved it back and forth toward the demonstrators, saying: "That's proof right there."

One of the demonstrators said to Fucarile: "You should care that they get the right guy."

Fucarile replied: "Get a life, lady. Go to work."

The mother-in-law of Ibragim Todashev shouted at Tsarnaev in Russian in the courtroom. Elena Teyer says she told him: "We prayed for you. Be strong, my son. We know you are innocent."

Three people were killed -- Martin Richard, 8, Krystle Campbell, 29, and Lu Lingzi, a Boston University graduate student from China (pictured below) -- and more than 260 were injured when two bombs exploded near the finish line of the April 2013 marathon. Tsarnaev, who has pleaded not guilty to 30 federal charges, faces the possibility of the death penalty if he is convicted.

During the brief court hearing, U.S. District Court George O'Toole Jr. made no rulings, saying he would rule in writing on pending motions, including the defense's latest push to move the trial out of Boston.

David Bruck, one of Tsarnaev's lawyers, told the judge that the defense plans to file a motion to delay the trial, which is now scheduled to begin on Jan. 5 with jury selection. Bruck did not say how long of a delay the defense will seek.

The mother-in-law of Ibragim Todashev called out to Tsarnaev in Russian in the courtroom. Elena Teyer said she told him: "We pray for you. Be strong, my son. We know you are innocent."

Tsarnaev, 21, wore a black sweater and gray trousers and had a scruffy beard and a mop top hairstyle similar to the one seen in his mug shot. He smiled to his attorneys and one patted him on the arm.

The courtroom was packed with FBI agents, police who worked on the case and more than a dozen survivors and family members.

At his last court appearance 17 months ago, Tsarnaev still bore signs of the bloody standoff with police that led to his capture and the death of his older brother, Tamerlan. His left arm was in a cast, his face was swollen and he appeared to have a jaw injury. In court Thursday, he had no visible injuries. 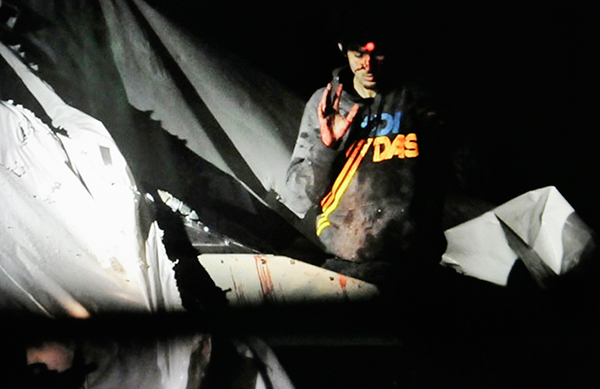 In this April 19, 2013 photo, Boston Marathon bombing suspect Dzhokhar Tsarnaev, bloody and disheveled, raises his hand from inside a boat at the time of his capture by authorities

Tsarnaev's trial is expected to last several months, and seating a jury alone could take several weeks to a month.

Judge O'Toole questioned Tsarnaev about whether he had waived his right to appear at previous hearings. Tsarnaev answered in a clear voice: "Yes, sir."

Asked by the judge if he believes his lawyers had acted in his best interests, he said: "Very much."

Earlier this month, Tsarnaev's lawyers argued anew that "emotionally charged" media coverage and the widespread impact of the attacks have made it impossible for him to get a fair trial in Massachusetts.

O'Toole had rejected Tsarnaev's first request in September to move the trial, ruling that defense lawyers had failed to show that extensive pretrial media coverage of the bombings had prejudiced the jury pool to the point that an impartial jury could not be chosen in Boston.

Tsarnaev's lawyers previously said the trial should be moved to Washington, D.C.

O'Toole also rejected a defense request that prosecutors turn over evidence about his older brother's possible participation in a 2011 triple killing in suburban Waltham.

In May 2013, the FBI and Massachusetts State Police were questioning Todashev about that killing when an FBI agent shot and killed the 27-year-old mixed martial arts fighter inside his Orlando, Florida, home.

Officials initially said Todashev had lunged at a state trooper with a knife but later said it was a pole. Todashev's family has disputed that account.

Prosecutors have said Todashev told authorities Tamerlan Tsarnaev participated in the Waltham triple slaying in which the victims' bodies were found with their throats slit and their bodies sprinkled with marijuana.