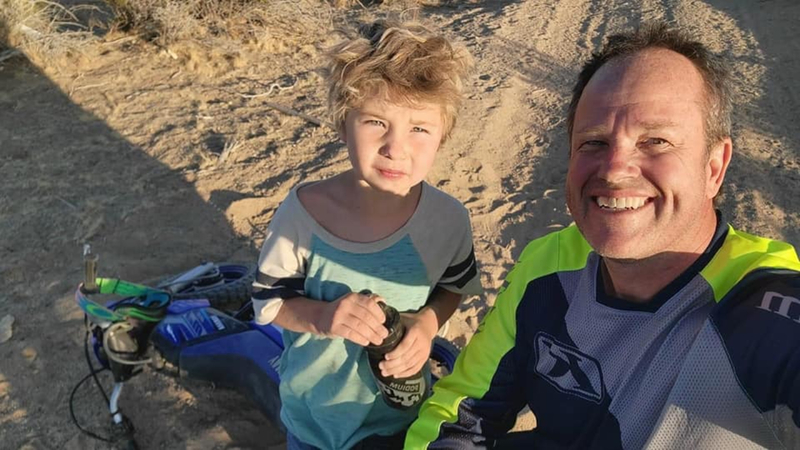 LUCERNE VALLEY, Calif. (KABC) -- A 5-year-old boy was found safe the day after he rode off on his dirt bike near an off-road recreation area in Lucerne Valley, the San Bernardino County Sheriff's Department said.

Otto Dahl's parents reported him missing about 3:30 p.m. Sunday after he rode away from their campsite in an off-highway vehicle area near Cougar Buttes, authorities said in a news release. He had no food, water or a cellphone with him.

Otto was found safe early Monday morning. Lee Bower, a member of the High Desert 4x4 Recovery team, snapped a photo of himself with the boy captioned: "Found him. Waiting for (Search and Rescue) to arrive."

Other photos provided by Bower showed the boy drinking from a water bottle as he stood near his blue and white Yamaha motorcycle.

Otto was later reunited with his family.

"Thank you guys, so much, all your efforts, everything," said Sarah Dahl, the boy's mother, addressing those who participated in the search. "Staying up all night, searching all night. And for everything you guys have done, I can't thank you enough."