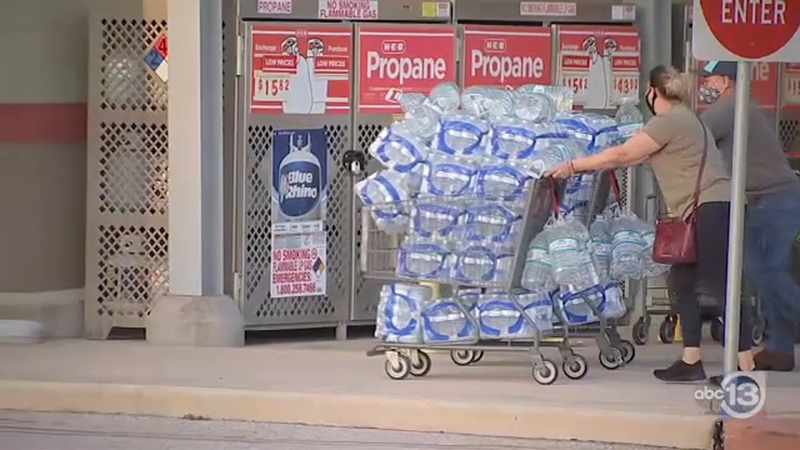 BRAZORIA COUNTY, Texas -- An urgent message was sent by state authorities about a brain-eating amoeba found in a southeast Texas water supply that impacts thousands of customers.

The amoeba, known as naegleria fowleri, prompted a do-not-use advisory Friday for the Brazosport Water Supply.

The advisory means customers should not use water for anything but flushing toilets, including drinking, bathing or cooking.

Sweet Josiah McIntyre loved baseball so much, but his family never expected this to happen.

Approximately 58,000 people are impacted by the advisory which was issued late Friday to Brazosport Water Authority member cities.

The CDC says Naegleria fowleri typically affects people when the contaminated water enters their body through their nose.

It can travel to the brain and cause a condition known as amebic meningoencephalitis, a rare but highly lethal disease, according to health experts.

Symptoms of the illness include headaches, vomiting, fever and becoming disoriented.

It wasn't known what exactly prompted the advisory or if any anyone had recently become ill.

Brazosport Water Authority customers won't be able to use the water until authorities say it has been adequately flushed and samples indicate that it is safe to use.
EMBED More News Videos

Lines formed at grocery stores as people flocked to buy bottled water after news spread about an advisory not to drink water in Lake Jackson.

There's no word on how long the advisory will be in effect.

Several cities that buy water from Brazosport have other water sources to draw from, including Rosenberg. City leaders said Saturday that crews were shutting off the supply from Brazosport and would draw from city wells.

As word spread about the advisory, people flocked to supermarkets to buy bottled water. Some customers were seen leaving stores with carts full of large quantities of bottled water.

At an emergency meeting of the Lake Jackson City Council Saturday morning, city leaders discussed a possible delivery of more bottled water to the city.

The Texas Dept. of Criminal Justice sent water tanker trucks to both prison facilities impacted to provide water for showers. 18-wheelers loaded with pallets of bottled water were also ordered for the units.

The Brazosport Water Authority is a public entity that provides water to seven member cities, the City of Rosenberg, two TDCJ facilities and the Dow Chemical Company, according to the authority's website. The authority's water sources are the Brazos River via the Harris and Brazoria Reservoirs. It has a superior rating from the Texas Commission on Environmental Quality.

The water system was noted for seven TCEQ violations related to monitoring in 2014 and 2015 and a concentration of disinfectant in 2003, according to the Texas Drinking Water Watch database. Those violations were resolved.

TCEQ awarded Brazosport an innovative or proactive system award for three consecutive years from 2014 to 2017 and again in 2019 for creative and effective ways of improving operations, achieve compliance, or better serving customers, according to the TCEQ.

An extremely long line of people outside of HEB in Lake Jackson this morning stocking up on water. They’ve been told NOT to use their water for anything other than flushing the toilet because of a potential brain eating amoeba. https://t.co/Ye8SlC14cQ pic.twitter.com/neVJTr7TfE