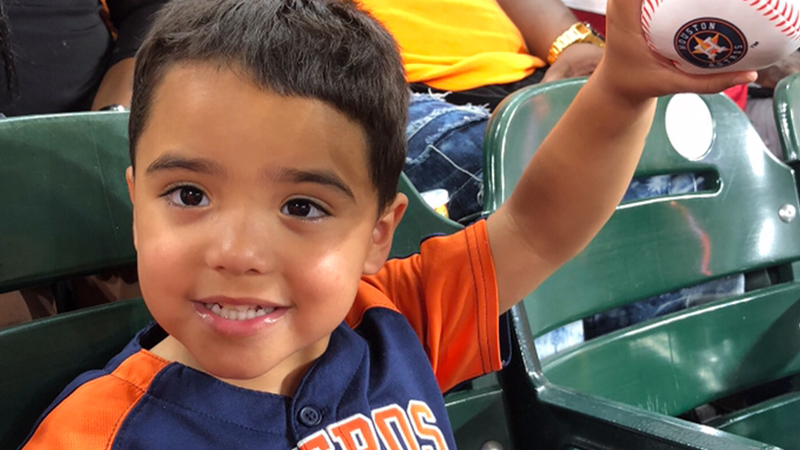 HOUSTON -- A 6-year-old Astros fan tragically lost his life Tuesday and one of his favorite players is now helping his family through difficult times.

Josiah McIntyre was a young baseball player and the biggest Astros fan, according to his mother Maria.

"He was the happiest boy you've ever met," she said. "The sweetest soul."

Maria said he loved the game and would pretend to be every player on the Astros roster.

"I remember the first time he picked up a baseball," she said. "He pretty much never put one down after that."

Then, last week, his mother said the boy began getting sick. He was taken to the hospital.

"He started vomiting and running a fever," she recalled. "He got tested for a lot of different things and they thought it was just a viral infection that was pretty much taking its course, because that's what his symptoms were showing."

The family held on to hope and prayed for a recovery.

Doctors later told Maria that Josiah was suffering from a brain-eating amoeba. Sadly, the boy died in the hospital.

"There was a very slim to none chance for him and I wish he would've gotten that slim chance, but I understand," said Maria. "But it was hard."

Maria said Josiah was wearing a Carlos Correa jersey and was listening to Astros' highlights when he died.

Maria's friends shared Josiah's story on social media and even sent it to the shortstop himself.

The story landed in hands of both Carlos and his wife Daniella.

"I can't even begin to say thank you enough," she said. "When I saw the video of Daniella at first, I was in complete shock. It's just mind blowing the things people do for other people. I'm sure she gets thousands of messages a day. For her to see that message and open it and take the time to say something to me and my son and his dad. It's a beautiful thing."

Soon after, Carlos recorded a video of himself and sent it to Maria.

"That was, again, mind blowing. Your son's idol talking to you, saying your son's name, realizing that he was such a huge fan of his and he wanted to be just like him when he grew up. That speaks volumes of the Correa family."

Maria said if Josiah were here, he'd be thrilled.

The family has since created a Paypal account to collect funds for Josiah's funeral expenses.