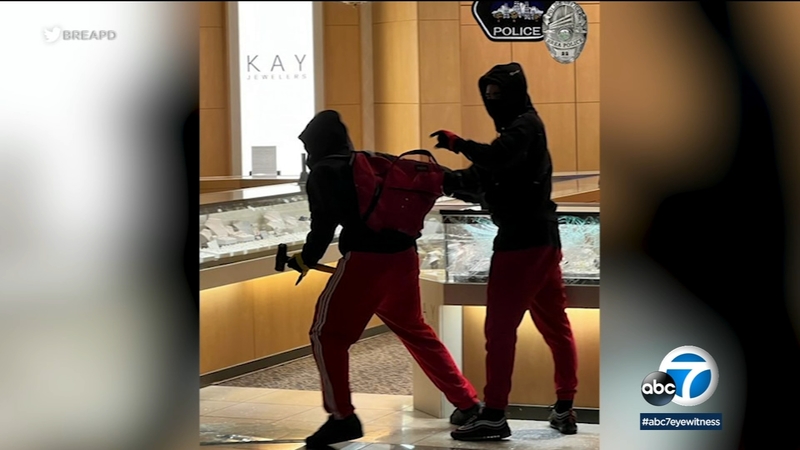 BREA, Calif. (CNS) -- Police on Friday were searching for two men who stole items from a Brea-area jewelry store in a smash-and-grab robbery.

The suspects entered the Kay Jewelers store at the Brea Mall, located at 1010 Brea Mall Road, just before 7 p.m. and used hammers to break glass display cases and steal the items inside, including gold chains, according to the Brea Police Department.

The suspects fled the scene following the robbery. They were seen sprinting out of the mall into a black Lexus vehicle.

Some callers reported hearing gunshots, but investigators determined that it was the sound of the hammers striking the glass.

Police described the suspects as two Black men who are in their late-teens to early 20s, weighing 170 to 180 pounds. They are between 5 feet 9 inches tall to 6 feet tall.

They had on face masks and were wearing black hoodies and red sweatpants.

The public was advised to avoid the Brea Mall area as police investigated the robbery.