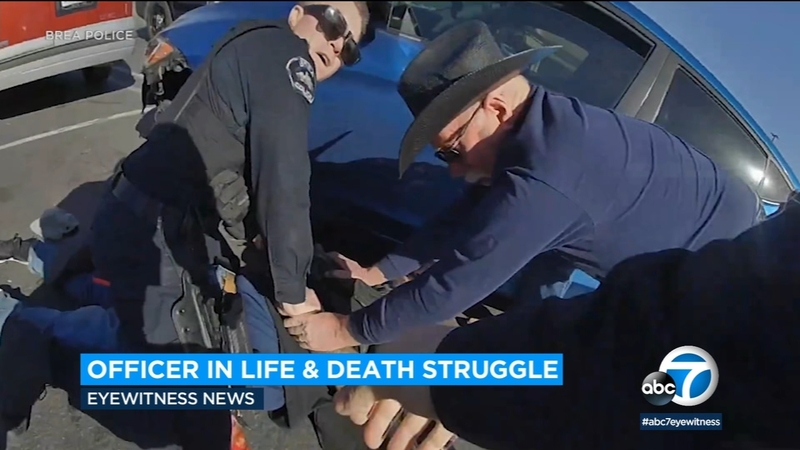 SANTA ANA, Calif. (CNS) -- A convicted felon was charged Friday with attempting to grab a Brea police officer's gun during an arrest on a warrant that was caught on camera.

Gilbert Antonio Villalba, 31, of Los Angeles, was charged with single counts each of resisting a public officer with attempted firearm removal, battery on a peace officer, and resisting an officer, all felonies. He could face up to six years and eight months in prison if convicted at trial, according to the Orange County District Attorney's Office.

Villalba has been previously convicted of second-degree robbery and manufacturing an improvised gun, prosecutors said.

The scuffle with police followed an officer's attempt to pull the defendant over just after 1:30 p.m. Wednesday.

The officer saw Villalba behind the wheel of a Hyundai Elantra and tried to pull him over on an outstanding felony warrant, prosecutors said.

Villalba pulled into a parking lot of a Home Depot in La Habra and ran from his vehicle in a camouflaged tactical vest, triggering a foot chase, prosecutors said. Villalba retreated back to his car, but when the officer attempted to stop him, he allegedly kicked him off balance and during a struggle and attempted to rip the officer's gun out of a holster, prosecutors said.

Villalba is also accused of telling to his girlfriend at the scene to grab the officer's gun, but she refused, prosecutors said.