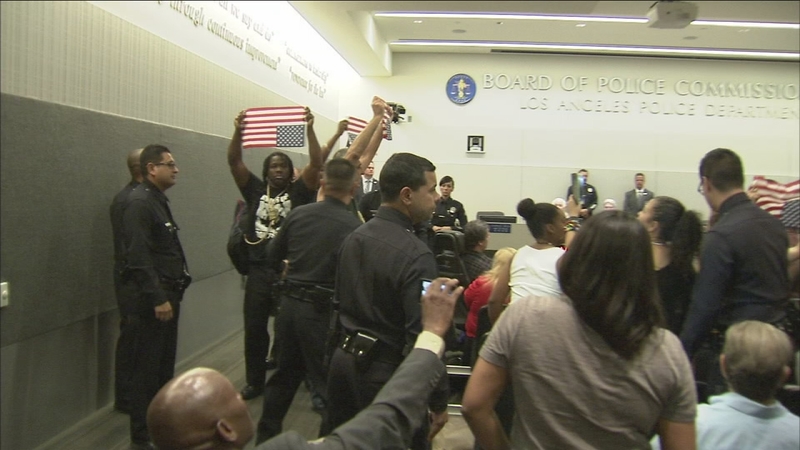 The 29-year-old homeless man was shot and killed by an officer during a confrontation in Venice back in May of 2015.

LAPD officials have not released video of the incident. Protesters rallied at a police commission board meeting on Tuesday demanding justice.

After repeated outburst, several protesters were escorted out of the meeting by officers.

"I have spoken to someone who has seen that video and they said it graphically shows the shooting of Brendon Glenn in the back as he was unarmed lying face down on the ground," attorney James DeSimone said.

Beck has recommended that the officer who shot Glenn, Officer Clifford Proctor, be criminally charged.

Investigators found that Glenn was on his stomach on the ground and trying to push himself up when Proctor fired twice, hitting him in the back, LAPD said.

The Glenn family's attorneys said the LAPD needs to be held accountable.

"Chief Beck should be looking at the disciplinary system within his department that lets officers believe that they can just shoot people and they won't be punished for it," attorney John Raphing said.