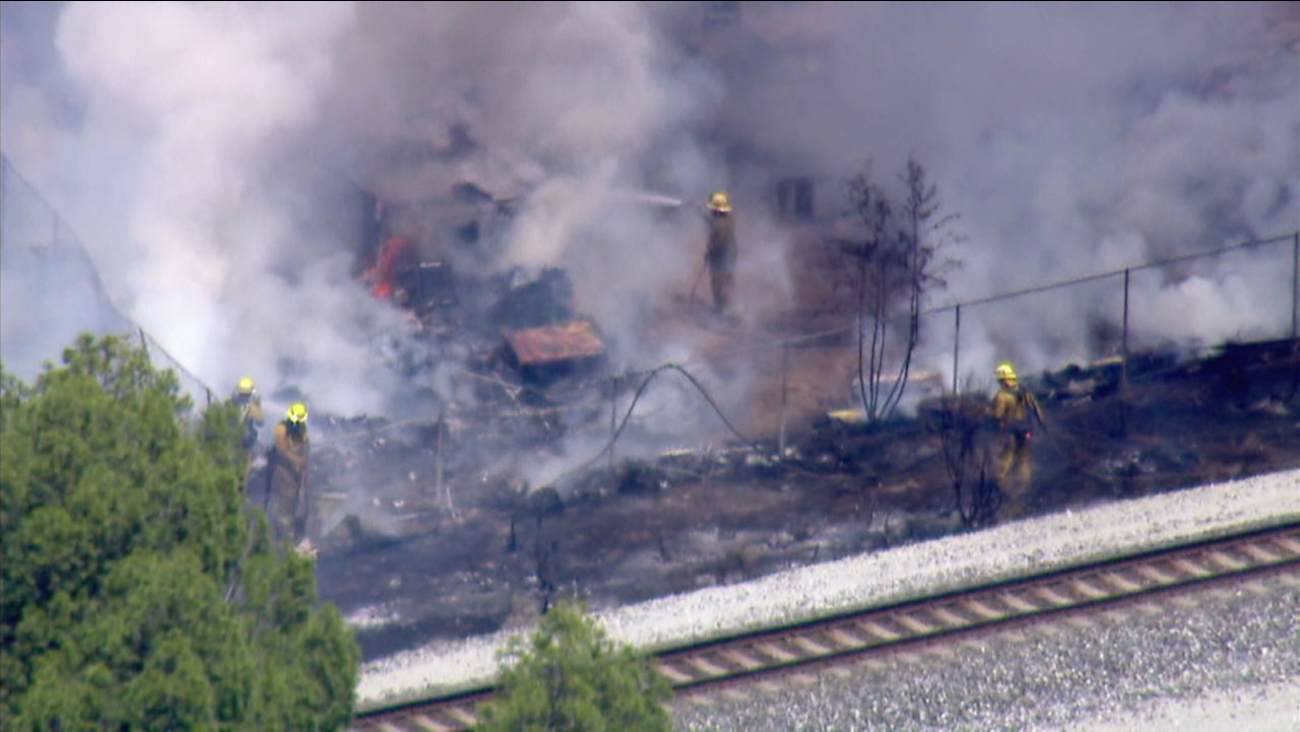 Firefighters are battling a brush fire that erupted near train tracks amid strong winds in the Acton area on Thursday, April 12, 2018.

KABC
By ABC7.com staff
ACTON, Calif. (KABC) -- Firefighters battled a brush fire that erupted near train tracks amid strong winds in the Acton area on Thursday.

Los Angeles County fire officials said the brush fire began as a trailer fire that then spread to about 2 acres.

It was reported in the 4700 block of Crown Valley Road, where large plumes of smoke were seen over a large portion of land.

At one point, a fire department helicopter appeared to stop an oncoming train headed toward the brush fire.

The fire appeared to be contained by about 12:45 p.m. Fire officials confirmed the fire was declared a knockdown shortly before 1 p.m.

The nearby train tracks were expected to be closed for over an hour as crews cleaned up the scene.
Report a correction or typo
Related topics:
los angeles countybrush firefirefirefighters
Copyright © 2020 KABC-TV. All Rights Reserved.
More Videos
From CNN Newsource affiliates
TOP STORIES

Woman dies after stabbing at nightclub in Los Angeles