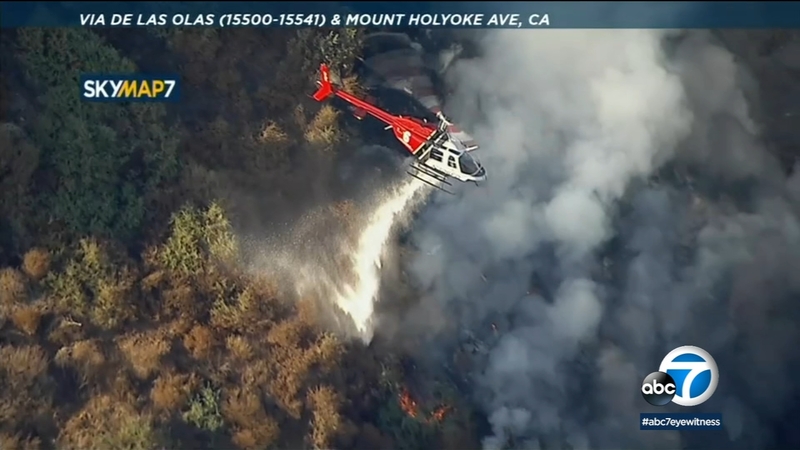 Thick white smoke billowed over the area as crews deployed a helicopter to drop water over the blaze.

Firefighters responded to the area of 15820 Pacific Coast Highway around 6 p.m. as flames burned in medium to heavy brush. About an hour later, crews established a perimeter around the 2-acre fire, and appeared to have gotten the upper hand on the blaze.

Los Angeles Fire Department spokesperson Margaret Stewart said no structures were threatened and no injuries have been reported.

The small brush fire comes after another blaze in Pacific Palisades erupted May 14, and charred more than 1,100 acres. An arson suspect was later arrested in connection with starting that fire.

A man who was taken into custody in connection with the 1,158-acre brush fire in Pacific Palisades has been identified.