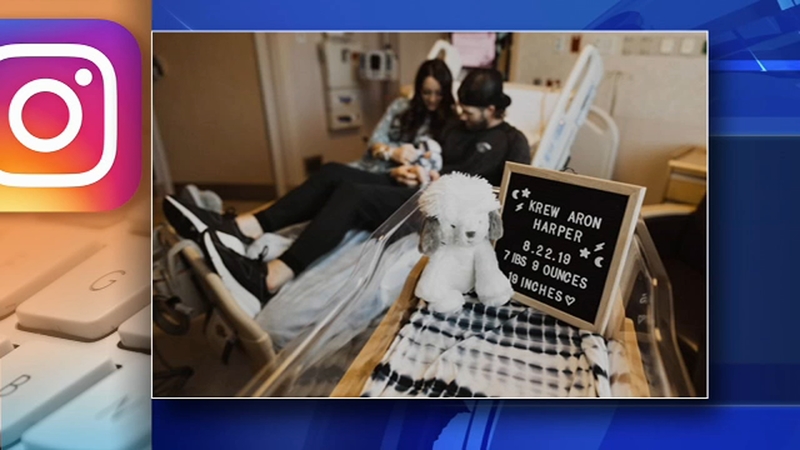 He and his wife Kayla announced the arrival of Krew Aron Harper in an Instagram post on Monday morning.

Their son was born on Thursday. He weighed in at seven pounds, nine ounces and was 19 inches long.

Harper and his wife, Kayla, announced in early April they were expecting a boy.

Harper made the announcement on Instagram as well, featuring two photos - one of Bryce and his wife, Kayla, under the Ben Franklin Bridge, and the other of a sonogram image on top of a little Phillies jacket.

The caption of the post reads: "Philly raised little man will be! #BabyHarper"