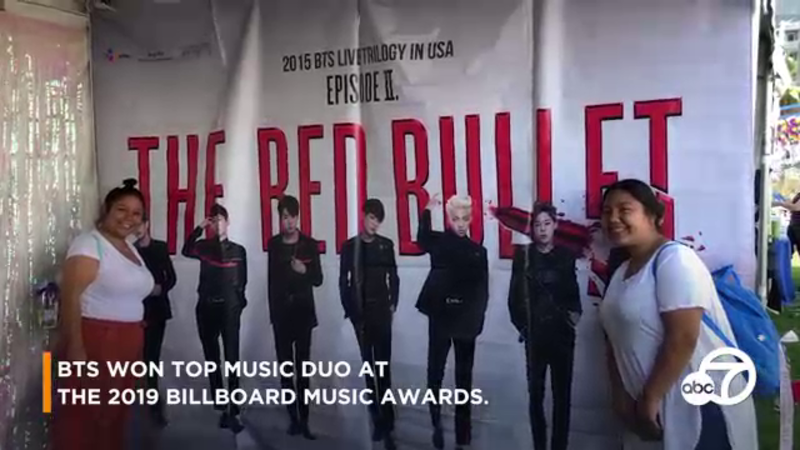 They held raffles and giveaways for super-fans and collected donations for UNICEF.

Imelda Ibarra founded the U.S. BTS Army in 2014, it was the first organized fan group for the band in the United Sates.

"We're their fans and we're here to promote them and their message and give back to the community the way they've been doing," said Ibarra.

The band started partnering with UNICEF in 2017 and launched a two-year anti-violence campaign called "Love Myself."