Bull semen tanks worth $50K stolen from truck in California 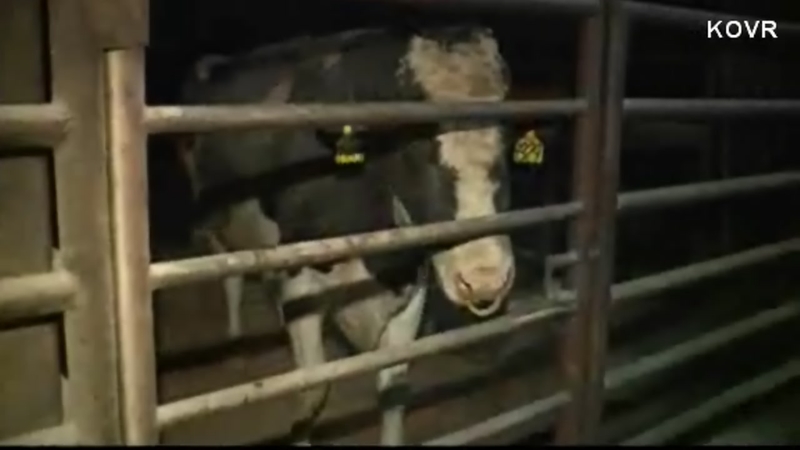 TURLOCK, CA (KABC) -- Tanks filled with tens of thousands of dollars' worth of bull semen were stolen out of a truck in Turlock, California.

The semen is from bulls known for their genetic value - the top one percent of the world cattle population, KOVR reports. The semen is used to impregnate cattle around the world.

Victim Anthony Reis told KOVR that months of time, labor and resources went into collecting the semen for distribution -- only to have it stolen.

Three tanks and one transfer tank with nearly 3,500 units of semen were stolen from the back of Reis' work truck late Sunday night -- enough semen to potentially impregnate more than 1,000 cattle, KOVR reports.

Reis said, "You're trying to make a living. The loss of all those units of semen, and probably taken by someone who had no idea what they were stealing, is very frustrating."

However, the tanks could also spell disaster for the thief. Filled with liquid nitrogen, they could cause burns or blindness if not handled properly.

Reis took photos of the tanks to recycling centers in case the thieves try to get money for them.