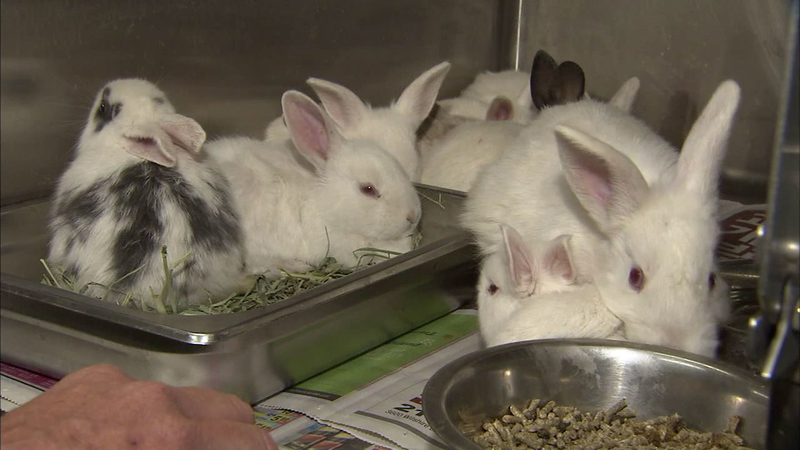 LOS ANGELES (KABC) -- Los Angeles animal services officials took about 200 rabbits from the yard of a single home of an animal hoarder in West Los Angeles on Wednesday.

The rabbits are generally healthy, and officials are looking for families to adopt them.

Animal services has distributed the bunnies to five shelters throughout the city for adoption. About 50 underweight baby rabbits will need to be placed with rescue groups until they get healthier.

Investigators don't know why the owner kept so many bunnies - but are calling this a hoarding case. Depending on the outcome of the investigation, the owner of the bunnies could face charges.

"I think somebody probably meant well, and it just got out of hand so that's where we responded and did what's best for the animals," said Thomas Kalinowski of the Los Angeles City East Valley Animal Shelter.

The animals did not appear to be spayed or neutered and they keep multiplying like, well, rabbits.

Several bunnies have had babies while in the custody of animal services.

Adopting a rabbit costs up to $71. The fees cover vaccinations, spaying/neutering and microchipping.