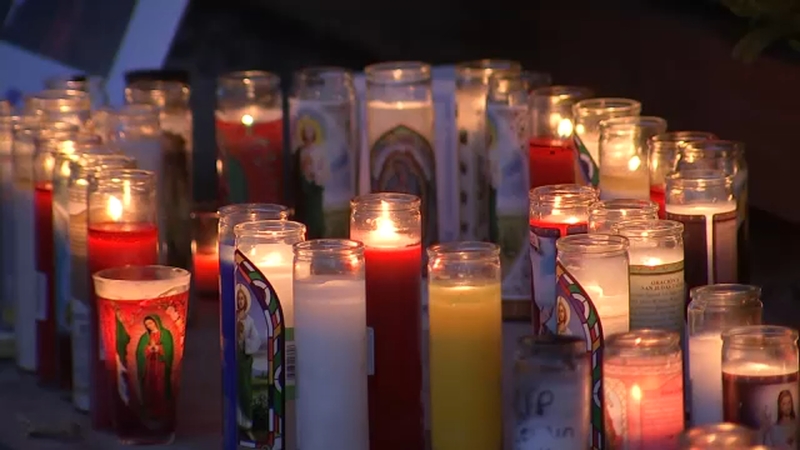 Hundreds of people showed up at the intersection of Andover Drive and Glenoaks Boulevard to honor Cerain Baker, 21, of Pasadena; Jaiden Johnson, 20, of Burbank; and Natalee Moghaddam, 19, of Calabasas.

"Natalee was one of a kind type of person," said friend Ava Recchia. "She always would light up a room, and she always touched everyone. She made an imprint on every single person she was friends with."

Recchia says her friend since middle school loved fashion and shopping, and that Moghaddam and Baker, who played football at a nearby high school, had just started hanging out.

"She always talked about him," Recchia said. "I don't really know for sure what their friendship was, but I talked to her a few days ago and she said 'I'm going to go hang out with this guy I like named Cerain, and I'm so excited.' And it's just really unfortunate how things ended up."

Investigators say the three people killed were innocent victims - all inside a Volkswagen that was trying to make a left turn when the speeding cars slammed into it.

All three were thrown from the car.

The force of the impact was so strong that one of the bodies was found in the yard of a man's home.

Police say a black Mercedes-Benz and a grey Kia had been speeding side-by-side for several blocks before the collision.

"In my 19-year-career, I haven't seen anything like this, personally," said Burbank Police Department Sgt. Emil Brimway. "Not to this magnitude and this level of debris over a two-city block span."

Burbank Police say they've conducted speed enforcements on the street and others.

The department is expecting the case to lead to serious charges for the drivers involved.