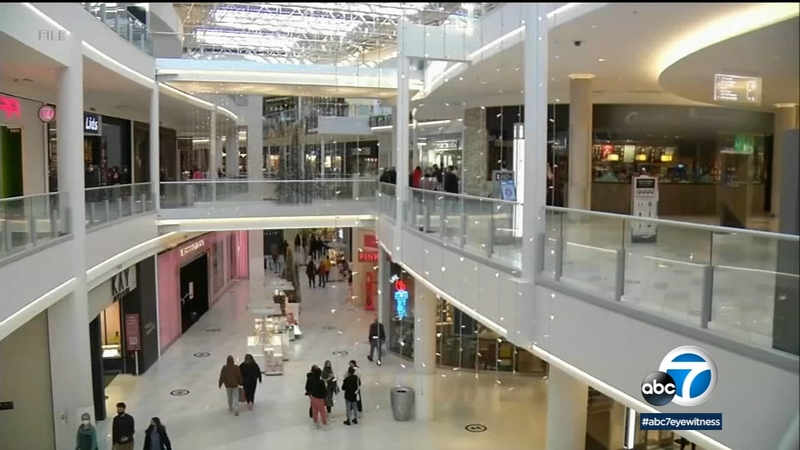 LOS ANGELES (KABC) -- With a continued surge in COVID-19 cases that has flooded hospitals with patients and led to deaths roughly every six minutes, Los Angeles County could face more business closures in an effort to slow the virus spread.

As of late Friday, however, no announcement had been made by L.A. County officials.

According to City News Service, the board met for only about 10 minutes before emerging and announcing that no reportable action had been taken in their session. Asked about possible new restrictions being imposed, Dr. Paul Simon, the County Department of Public Health chief science officer, said Friday afternoon that while he had not been advised of any impending announcement, "all possible potential interventions are on the table."

California is opening up COVID-19 vaccine eligibility to residents over age 65, but LA County officials say they don't have enough supplies yet to expand the vaccination pool.

The Board of Supervisors was officially scheduled to meet at 1 p.m. Friday, according to a county website. The two publicly announced agenda items included a meeting with legal counsel about "significant exposure to litigation" and a performance evaluation of county department heads.

Such businesses are currently operating under 20% capacity limits mandated by California's regional stay-at-home order, which was prompted by the diminished ICU capacity throughout Southern California.

During a media briefing Wednesday, County Public Health Director Barbara Ferrer would not rule out the possibility of additional health restrictions being imposed, particularly in light of soaring COVID infection numbers, hospitalizations and deaths.

Meanwhile, California made another 4 million people eligible for the coronavirus vaccine on Wednesday, intensifying a competition among the state's biggest counties as they race to acquire enough doses to inoculate their populations while the state endures another surge in new cases and deaths.

State public health officials followed federal guidance by announcing that people 65 and older could now get the vaccine, joining the already eligible next tier of emergency workers, teachers, childcare providers and food and agriculture workers.