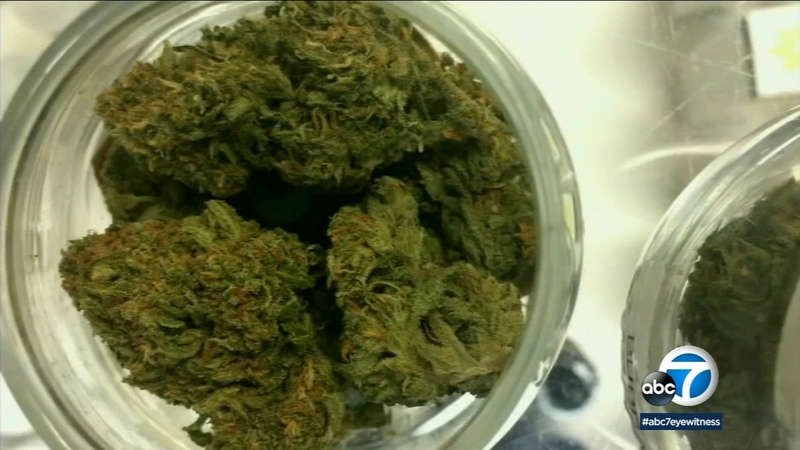 DOWNTOWN LOS ANGELES (KABC) -- Some of the smartest minds in cannabis research and policy have come to Los Angeles for the North American Cannabis Summit.

The goal is to address public health and safety as cannabis decriminalization and legalization sweeps the country, including California.

"It is important for us to think about insecticides, pesticides, metals, molds, other things we don't want in our products and this new regulated regime will help get better quality to the consumers," said Brad Rowe, a UCLA Professor lecturing about drug and criminal justice policy.

But many licensed growers and dispensaries in L.A. County said the market is over-regulated, which has led to a growing black market. Officials in Sacramento had predicted that an estimated 6,000 cannabis shops would be licensed in the first few years, but in 13 months that number is well under 1,000 and total sales are also less than expected.

"You're not going to eliminate the illicit market overnight. It's going to take years and so it's not surprising to me that we still have the illicit market while production is up and running and retail stores are being established throughout the state," said Beau Kilmer, the co-director of the Rand Corporation's Drug Policy Research Center.

Kilmer is attending and lecturing at the cannabis summit.

"Jurisdictions are still making decisions about whether or not to allow businesses. They're still in the process of creating the regulatory infrastructure, so it's still very early in the process," Kilmer said.

Rodney Holcombe, with the Drug Policy Alliance, said coming together for a safer market is important.

"We knew that the other side of the market existed prior to legalization and I think there are just going to have to be some opportunities for folks to come together to learn more about how to come above board and become part of the legal market just so that we can insure that public safety is central to this discussion and to this moment. That hasn't really been the case up to this point," he said.

Those at the summit said many of their Ideas for ensuring public health and safety in a growing cannabis market coincides with the retail price of cannabis. Legalization should lower production and distribution costs, but over-regulation and a thriving black market could do the opposite.
Report a correction or typo
Related topics:
businesslos angeleslos angeles countydowntown lacaliforniahealthsafetymarijuanashoppingresearchlegaldrugs
Copyright © 2021 KABC-TV. All Rights Reserved.
More Videos
From CNN Newsource affiliates
TOP STORIES