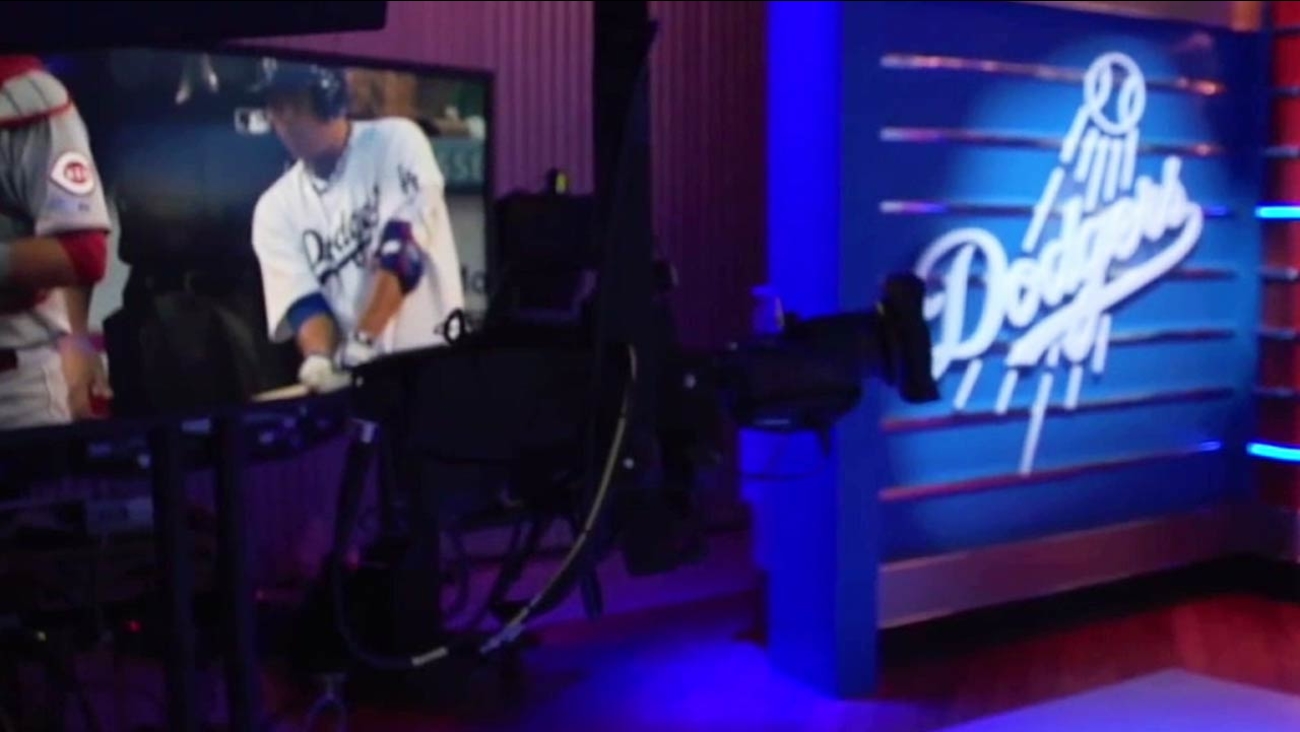 LOS ANGELES (KABC) -- The Justice Department has filed a lawsuit against DirecTV and its corporate successor AT&T for allegedly sharing information with competitors that prevented many Los Angeles Dodger fans from watching games on TV for the last three seasons.

The lawsuit alleges that DirecTV unlawfully exchanged "competitively sensitive" information with Cox, Charter and AT&T during the companies' negotiations for the right to telecast the channel owned by the Dodgers.

The suit accuses DirecTV and each of the competitors of agreeing to and exchanging non-public information about their companies' ongoing negotiations to telecast the Dodgers Channel, as well as their companies' future plans to carry - or not carry - the channel.

The reason behind this alleged collusion, according to the lawsuit, was to obtain bargaining leverage and to reduce the risk that they would lose subscribers if they decided not to carry the channel but a competitor chose to do so.

The complaint further alleges that the information learned through these unlawful agreements was a material factor in the companies' decisions not to carry the Dodgers Channel. The Dodgers Channel is still not carried by DirecTV, Cox or AT&T.

"As the complaint explains, Dodgers fans were denied a fair competitive process when DIRECTV orchestrated a series of information exchanges with direct competitors that ultimately made consumers less likely to be able to watch their hometown team," said Deputy Assistant Attorney General Jonathan Sallet of the Justice Department's Antitrust Division in a statement. "Competition, not collusion, best serves consumers and that is especially true when, as with pay-television providers, consumers have only a handful of choices in the marketplace."

"We respect the DOJ's important role in protecting consumers, but in this case, which occurred before AT&T's acquisition of DIRECTV, we see the facts differently. The reason why no other major TV provider chose to carry this content was that no one wanted to force all of their customers to pay the inflated prices that Time Warner Cable was demanding for a channel devoted solely to LA Dodgers baseball. We make our carriage decisions independently, legally and only after thorough negotiations with the content owner. We look forward to presenting these facts in court."
Related topics:
businesslos angelescable televisiondepartment of justicetelevisionlawsuitlos angeles dodgersconsumerconsumer concerns
Copyright © 2021 KABC-TV. All Rights Reserved.
More Videos
From CNN Newsource affiliates
TOP STORIES
California calls for pause to distributing some Moderna vaccine