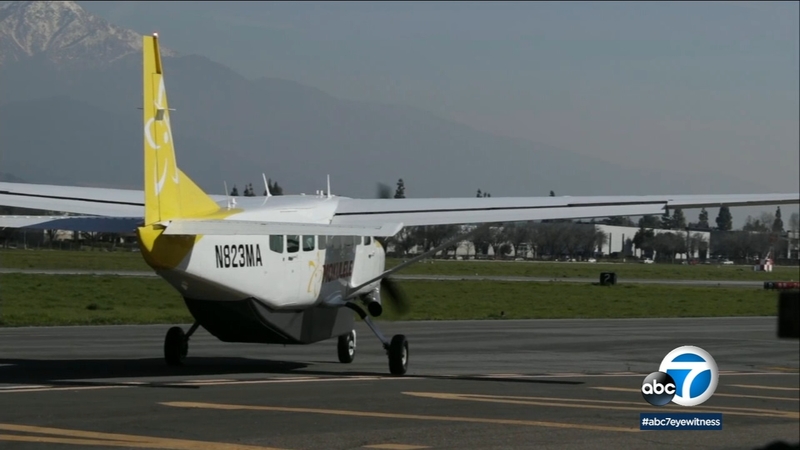 LA VERNE, Calif. (KABC) -- Rush hour in Southern California isn't easy, but a solution may soon give daily commuters the option of flying over it.

"Our idea is to get people to work on a plane. We want to get people off the freeways and fly them to work ," said Tom Hsieh, co-founder of FLOAT.

Hsieh is one of three co-founders of Fly Over All Traffic or FLOAT. The idea is to provide Monday through Friday air shuttle service, taking advantage of the 26 general aviation airports across the greater Los Angeles region.

"I think it would be a positive thing because of a lot of them spend two-and-a-half hours to and from commuting," said Sandra Gomez.

Today, the AAA Foundation for Traffic Safety released a study stating American drivers are spending more time behind the wheel -- up 8 percent from five years ago.

"Sometimes the 405 and the 10 are ridiculous," said Shaka Dennis.

"Professional people, that time is money. That would definitely be a viable business," said Tim Monnie.

But you don't have to be high on the corporate ladder to experience FLOAT.

"We don't want it to be just the executive or the guy in the corner office. We want the regular worker to fly on this everyday," said Arnel Guiang, Co-Founder of FLOAT.

Commuters would subscribe to the air shuttle service, which runs $1,200 a month or $30 each way.