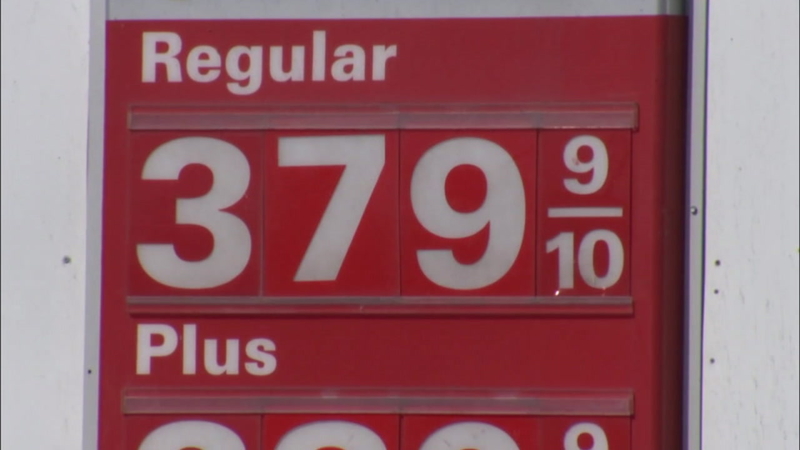 "It's expensive when I could be paying for other things instead of just gas," said Chasen Eddow of San Diego, as he filled up his vehicle at a gas station in Costa Mesa.

Gas prices have been on the rise over the past couple of weeks, for a few reasons, including unplanned shutdowns at two Southern California refineries causing supply concerns, said Marie Montgomery, spokesperson for the Auto Club of Southern California.

"Oil prices are another factor," said Montgomery. "Crude oil prices have been going up quite substantially in the last few weeks and that of course plays a major factor in keeping gas prices higher than they've been even a year ago."

In Orange County the current average for a gallon of regular unleaded is $3.83. That's up more than 20 cents from last month.

In the Los Angeles-Long Beach area the current average is even higher at $3.88 a gallon.

In Riverside County the current average is $3.78 a gallon. Again that's more than 20 cents a gallon higher compared to last month.

"In OC, you can't get away with not driving so gas prices definitely impact everyone," said Arielle Berman of Newport Beach, as she filled up her car at a gas station in Costa Mesa.

Auto Club officials say drivers may start to see gas-price increases slow down or even reverse.

Authorities also say the switch to the winter blend of gasoline happens Nov. 1, which usually means a drop of about 12 cents a gallon.

In OC the highest price recorded for regular unleaded was $4.70 a gallon in October 2012.