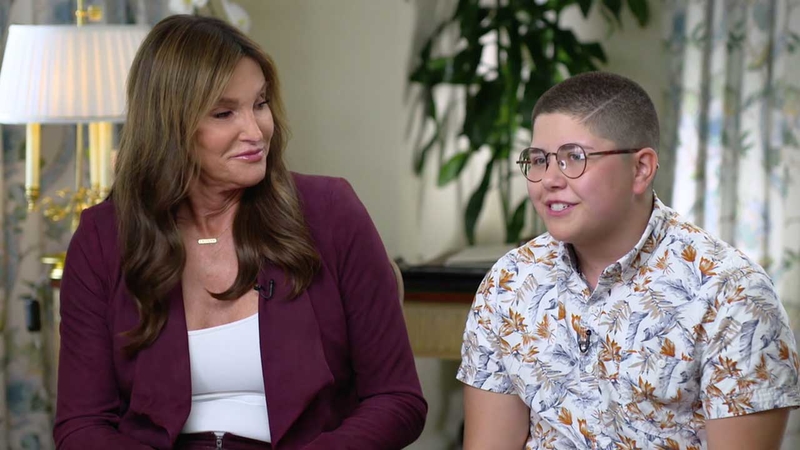 Caitlyn Jenner met a college student who lost his scholarship after the new transgender military policy was implemented, and she had a sweet surprise for him.

Map Pesqueira, 19, grew up in San Antonio (also known as "Military City") and had dreams of joining the military.

"I was constantly on posts and on bases, and I instantly fell in love with it," he said.

Pesqueira earned an ROTC scholarship to the University of Texas at Austin that was set to begin his sophomore year.

Just as his first year of college was nearing an end, though, Pesqueira found out he would be disqualified from the program because he is transgender, and a new policy going into effect placed limits on military service for transgender individuals. He would also be losing his scholarship.

He didn't give up: He started to a GoFundMe in an attempt to raise money for college.

"To be truthfully honest, I did not expect it to get more than maybe $100," Pesquiera reflected, "but when the media started coming to me inquiring about my story, it just took off."

It took off so much that it caught the attention of Jenner, someone Pesqueira has been wanting to meet.

"I remember the Vanity Fair cover," he told her, referencing a 2015 photo shoot that made headlines. "That was just so eye-opening for me, especially as a trans person. It was just so inspiring."

Jenner wanted to show support for him, so she turned to the Caitlyn Jenner Foundation to surprise him with a check for $25,000.

For Pesqueira, the whole experience has been more than he could have imagined when he first set up the fundraising page.