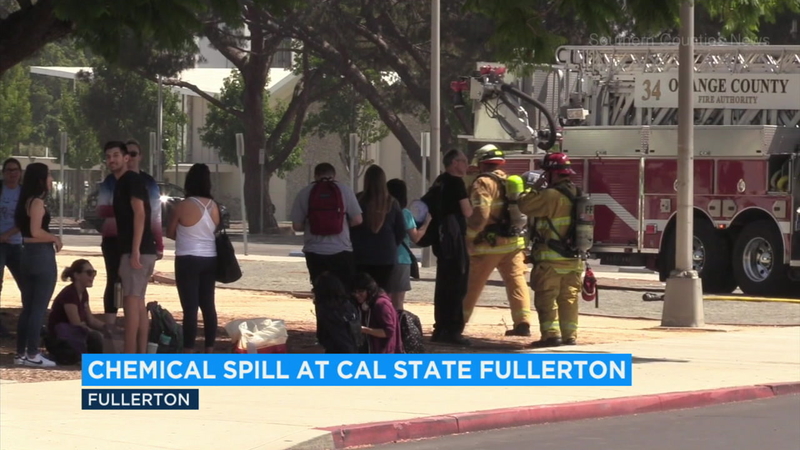 FULLERTON, Calif. (KABC) -- Concerns about a possible chlorine gas leak led to a brief evacuation of about 50 people at the campus of Cal State Fullerton Saturday, prompting a hazmat team to be called in before the area was cleared.

Firefighters responded to the incident at about 1 p.m. after a student working in a lab where an experiment was taking place noticed a change in color in a mixture of chemicals and then became concerned about an odor released by those chemicals.

The student was treated by the Orange County Fire Authority and was taken to a hospital for further observation, according to the Fullerton Fire Department.

"He started smelling something that was very curious to him and thought it didn't smell good," Captain Scot Willey of the Cal State Fullerton police said. "It caused him to maybe cough a little bit, and he stepped out. He's been under observation and seems to be doing fine."