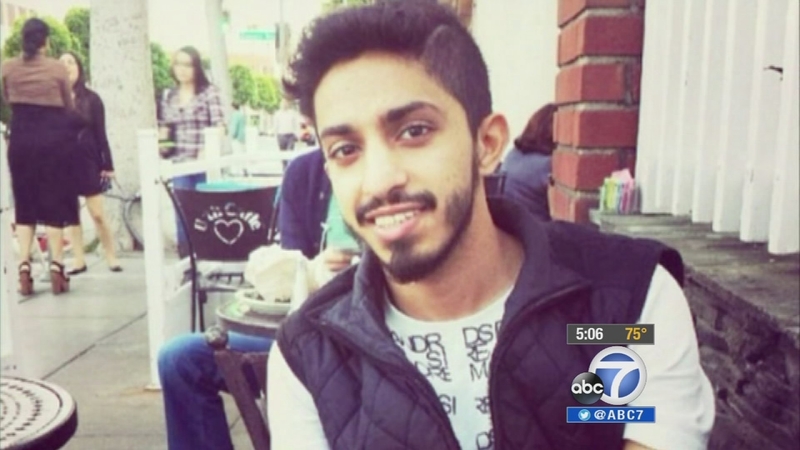 NORTHRIDGE, Calif. (KABC) -- Police are searching for a missing Cal State Northridge student who vanished after selling his car on Craigslist.

"His roommates came back at 7 p.m. and he wasn't there. They waited some time, tried calling him, he didn't answer," Alkadi's brother Ahmad Alkadi said.

Ahmad Alkadi traced his brother's phone to Beaumont, a place he says his brother has no ties with.

Police found the sold car with the new owner, who says he is not connected to the student's disappearance. Police believe the case to be suspicious.

"It is unknown why he left and he did not leave a note. The family is asking for anybody who has seen him or heard from him or possibly is friends with him on the social media to please get in contact with them or the detectives in the missing persons unit," LAPD officer Nuria Vanegas said.

Originally from Saudi Arabia, Abdullah Alkadi has been in the U.S. for nearly four years. His brother said they are very close.

"We have been in misery for the last two days. We have tried everything. We called friends, relatives, everybody we knew and with no news. We are so worried about him," Ahmad Alkadi said.