He said the companies have spread misinformation, which he believes has harmed people, the environment and natural resources.
KABC
By David González 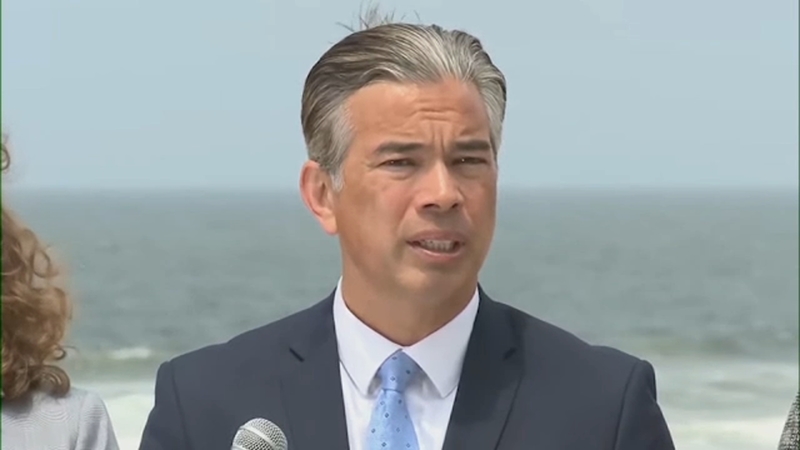 LOS ANGELES (KABC) -- California Attorney General Rob Bonta has launched a first-of-kind investigation into oil and gas companies for their role in the plastics pollution crisis.

He said the companies have spread misinformation to the public, which he believes has harmed people, the environment and natural resources.

Bonta said the beauty and health of California's coastline and communities are under attack and are being threatened by plastic pollution.

#BREAKING: We’re launching an investigation into the plastics industry for its role in causing the global #plasticpollution crisis and deceiving the public.

Plastic pollution is seeping into our water, poisoning our environment and blighting our landscapes.

Our investigation will examine the fossil fuel industry's role in creating and exacerbating the #plasticpollution crisis–and what laws, if any, have been broken in the process.

Today, we've subpoenaed ExxonMobil for more info about the company's actions on this issue. pic.twitter.com/z2xxOsOCU1

"The international sign for recycling, the arrows in a circle, are on a lot of plastics that are never recycled," Bonta said. "That's a problem."

Bonta alleges the oil and gas companies, through deceptive marketing and ad campaigns, lied to the public to convince them they could recycle their way out of the plastic waste problem.

"The fact is it was all a big ruse. The big oil executives, they knew the truth. The truth is the vast majority of plastic cannot be recycled," said Bonta.

According to the Environmental Protection Agency, 92% of plastics either end up in landfills or they're burned or released into the environment.

"Every year, tens of millions of tons of plastic pervasively pollute our oceans, our rivers, our beaches, our bays, our coasts, costing the state an estimated half a billion dollars each year," Bonta said.

The attorney general's office has already subpoenaed ExxonMobil. The office said the company is one of the biggest producers of plastics in the world.

"Our investigation will examine the industry's historic and ongoing efforts to deceive the public and whether and to what extent these actions may have violated the law," Bonta said.

Plus, he said California residents are doing their part to recycle and to clean up our beaches every day.

He said the investigation's goal is to ensure their efforts aren't wasted.

Bonta said they could look into other companies and a lawsuit is possible if their investigation takes them that way.

Eyewitness News reached out to ExxonMobil for a comment, but has not received a response.