Young kids would get a third of the dose given to teens and adults and about 3.5 million California children would be eligible.
KABC
By Leticia Juarez 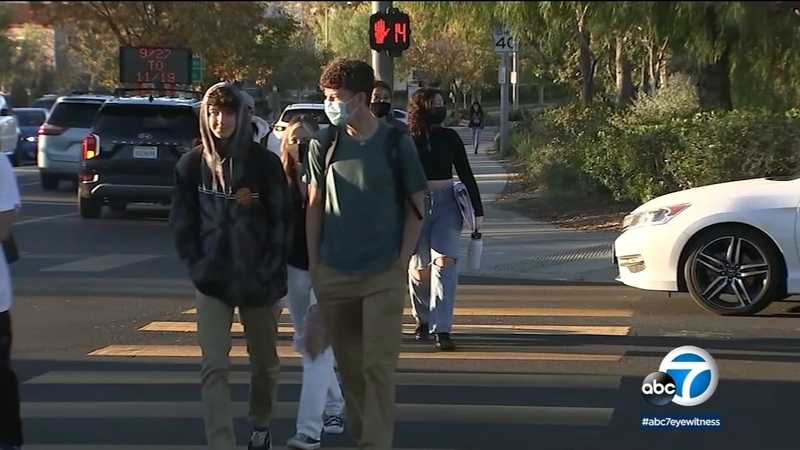 Tuesday's vote by the Food and Drug Administration panel moves the nation closer to vaccinating children ages 5 to 11. The FDA isn't bound by the recommendation and is expected to make its own decision within days. If regulators agree, shots could begin as early as late next week.

Young kids would get just a third of the dose given to teens and adults. About 3.5 million children would be eligible, or 9% of California residents, state epidemiologist Dr. Erica Pan said.

The state plans to mandate vaccinations for school children but that's not expected to kick in until the 2022-23 school year. Meanwhile, state health leaders are preparing to administer 1.5 million doses of the vaccine.

"This is not just another thing for kids to take a hit, or take one for the team," said Secretary of California Health and Human Services Dr. Mark Ghaly. "This is about protecting kids, prioritizing kids, keeping schools going, keeping schools safe [and] getting back to normal."

"As we speak, our California Department of Public Health, and Health and Human Services, is working with programs like AltaMed and ¡Andale! ¿Qué Esperas? to identify the right locations, the best locations, for vaccine clinics to be on school campuses."

The announcement was made after the cheerleading team at Valencia High School became the center of a COVID-19 outbreak on campus. School officials said they notified parents after reporting 33 confirmed cases among students and staff.

The cheerleading team at Valencia High School is at the center of a COVID-19 outbreak on campus. School officials say they've notified parents after reporting 33 cases among staff and students.

On Wednesday morning, students arrived on campus following a mass alert that was sent out by school administrators about the elevated number of positive cases at the school within the past week.

As winter is approaching, health officials are worried about a possible winter surge.

Gov. Gavin Newsom received his booster shot on Wednesday and encouraged others to do the same.

COVID-19 vaccine boosters will help keep our immunities strong and our families safer. Find out if you’re eligible and get yours today. https://t.co/AJLQxKLZZq pic.twitter.com/JG3nJLahVF

"We want our kids back in school without episodic closures," he said. "California outperformed the nation in keeping our kids safely back in in-person instruction."

California will wait until after this winter to review its school masking requirement and then will look at typical indicators like the number of people who are vaccinated and the rate of transmissions and hospitalizations, Ghaly said.