The counties that are now under an emergency drought order are home to 42% of California's population, the governor said.
KABC
By Rob McMillan 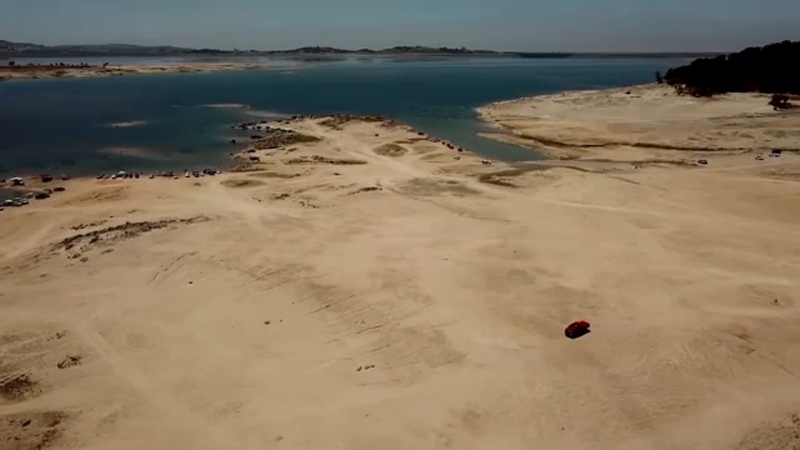 Fifty of California's 58 counties are now under a drought emergency after Gov. Gavin Newsom signed a new emergency order for nine more counties on Thursday.

The governor made the announcement while visiting San Luis Obispo County.

"Those are the effects of climate change. It's here, and it's human-induced," Newsom said. "I think in the state of California, we've moved beyond the debate and are moving toward finding a solution."

The counties that are now under an emergency drought order are home to 42% of California's population, the governor said.

Newsom also signed an executive order that encourages residents to reduce their water use by 15% voluntarily.

Even as most of the state now falls under the state of emergency order, the state is still not mandating water conservation from Californians.

Instead, Newsom signed an executive order that encourages residents to reduce their water use by 15% voluntarily. That includes residential, industrial and agricultural areas.

Ever thought about putting Lysol in your toilet? It's one of a few simple things you can do to help as California faces a potentially devastating drought.

He said that the water conservation standards suggested in his executive order are "common sense things," like reducing irrigation and lawn watering, cutting your time in the shower and looking for possible leaks in plumbing systems. You can find more tips on how to conserve water at SaveOurWater.com

"We're hopeful that the people in the state of California will take that mindset that they saw in the last drought and take that forward," he said.

Newsom said the state had allocated $5.1 billion in the budget to address the drought. The money would be used for emergency response and to make investments in water infrastructure across the state.

In Northern California, the two largest reservoirs in the state, Lake Shasta and Lake Oroville, are below 50% of average, according to the state Department of Water Resources.

For now, the situation isn't as bad in Southern California. Castaic Lake is at 58% of average, while Lake Perris is well over 100% of where where it usually is this time of year, which is perhaps one reason the region isn't in a drought emergency -- at least not yet.

RELATED: Pace of California wildfires in 2021 well ahead of disastrous 2020

Those dry conditions also have firefighters bracing for another intense wildfire season.

So far, the number of wildfires and the amount of land burned in California has greatly exceeded the totals for the same period in 2020.