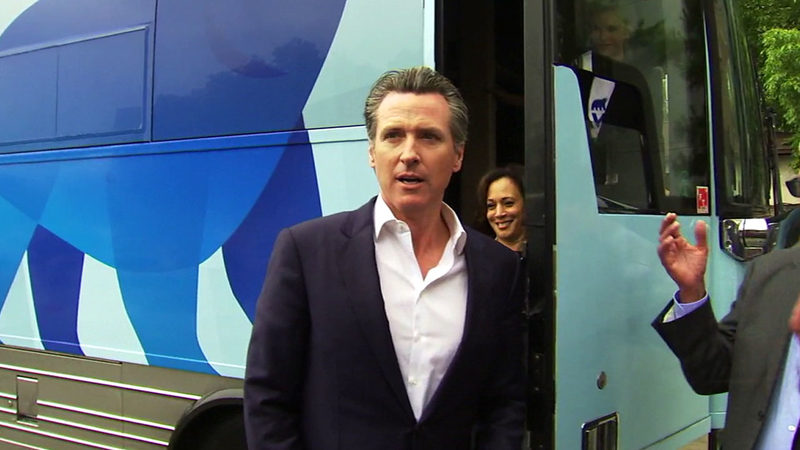 "Elect a governor that has your back. That shares your values. That will pick up where Gov. Brown left off," said Newsom.

"Gavin has the courage and I'm going to tell you, it is clear to me that this administration has put a target on California's back. And we will need our best leaders to stand and protect all of the values that we have as a state and by extension as a country," said Harris.

The top two finishers Tuesday will move on to the November election.

Cox, a successful businessman from San Diego, has aligned himself with President Donald Trump.

On Monday, Trump tweeted "California has a rare opportunity to turn things around and solve its high crime, high tax, problems - along with so many others. On June 5th., vote for GOP Gubernatorial Candidate JOHN COX, a really good and highly competent man. He'll Make California Great Again!"

Newsom's campaign is running an ad that says Cox is Trump's "protege."

"I don't think there's any more contrast that's more acute and self evident than the positions on gun safety and gun policy than John Cox and myself and on issues of equality where he has equated homosexuality to bestiality and he says gun safety laws are a waste of time," said Newsom.