Alcohol would legally be served until 4 a.m. at California bars under new proposal 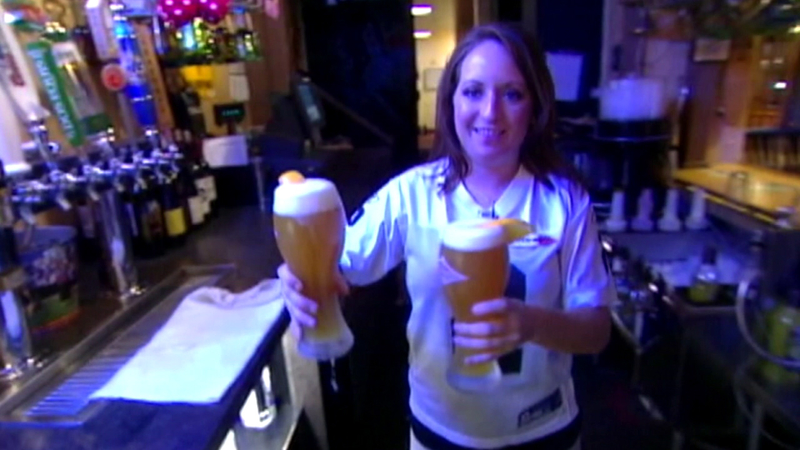 DOWNTOWN LOS ANGELES (KABC) -- Bar patrons in California are accustomed to hearing "last call" announced shortly before 2 a.m., but that could change to 4 a.m. under a new proposal.

Supporters gathered in downtown Los Angeles on Friday to discuss the plan to extend alcohol service by two more hours - or at least leave the decision to local municipalities.

Lawmakers behind the controversial plan have acknowledged that it will be a tough sell to some members the public.

"I don't think that's a good idea," Joann Marshall, who lives in L.A., said when asked about matter. "I think 2 o'clock is long enough, and after that they can go home and drink some more."

At a news conference, state Assemblyman Miguel Santiago said local municipalities should be given "the tools like this to be able to designate for themselves whether they want a nightlife that works 24 hours a day."

The bill is currently making its way through the Legislature.

Mothers Against Drunk Driving is among the proposal's opponents, who say the plan would lead to more DUI crashes.

"New York is not the only city that goes past 2 a.m.," said state Sen. Scott Wiener. "There are cities across the country that do not have subway systems, that don't have overnight public transportation, and it has not shown an increase in drunk driving."