9 cases of measles confirmed in California 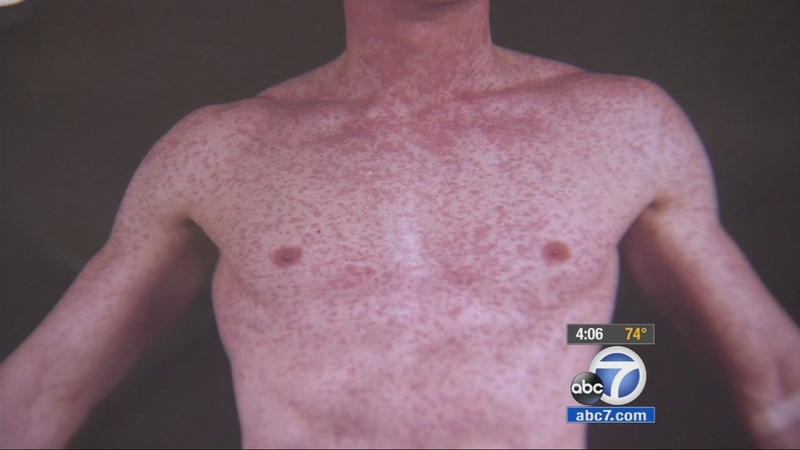 9 cases of measles confirmed in California

LOS ANGELES (KABC) -- There have been nine confirmed cases of measles, the California Department of Public Health announced.

Health officials suspect someone who was at the Disneyland resort in mid-December had the measles, and that's how the disease spread.

Disney officials say they have not received any reports of staff contracting measles. Park officials are working with the health department to provide any necessary information.

The California confirmed cases are from Alameda, Orange, Pasadena, Riverside and San Diego and range in age from 8 months to 21 years. Six people were not vaccinated for measles, while one patient had been properly vaccinated. Two patients were too young to be vaccinated.

While measles had been eliminated in the U.S. since 2000, large measles outbreaks were reported in Western Europe, Pakistan, Vietnam and the Philippines in recent years, officials said.

Measles, an airborne disease, is highly infectious. Doctors say the outbreak brings up concerns about parents who choose not to vaccinate their kids. A spokeswoman with the Orange County Healthcare Agency says she expects to see more cases.

"They spray those little viral particles out into the atmosphere, and if you're within sneezing distance or coughing distance, or if you even touch something and then rub your face or your eyes, right afterward, you can get the disease," he said.

Measles signs and symptoms generally appear 10 to 14 days after exposure to the virus. Symptoms include fever, cough, runny nose and red eyes, and then a red rash appears after a few days, usually first on the face. Anyone who believes they may have been exposed is advised to contact their health care provider.