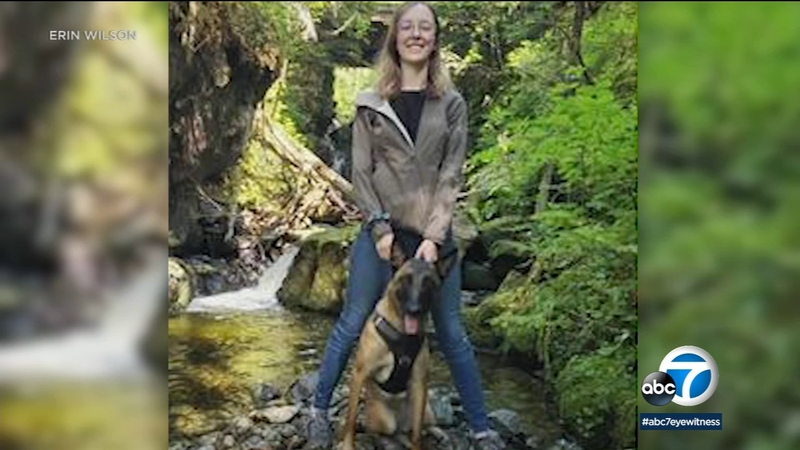 A woman hiking with her dog in Northern California was attacked by a mountain lion, and says that if it wasn't for her dog, she would have been killed.

Erin Wilson was hiking along the scenic Trinity River, with her dog Eva, a 2-year-old Belgian Malinois.

A mountain lion suddenly lunged at Wilson, scratching her shoulder, and that's when her dog Eva lunged to defend her owner.

Eva and the big cat fought fiercely, but the cat latched onto the dog's head. Its long teeth punctured Eva's skull.

Wilson ran to her nearby truck and grabbed a tire iron. She and another female hiker, who heard the commotion, then began to beat the mountain lion with the tire iron and rocks.

The other hiker then used pepper spray on the cat and it finally let go of Eva, and took off into the brush.

The two women rushed Eva to a veterinarian. Eva convulsed during the frantic drive, according to Wilson.

Residents in a Newport Beach neighborhood are on high alert after a mountain lion was spotted roaming around.

Xrays showed that Eva had two skull fractures and a punctured sinus cavity. Eva spent several days at the vet but after getting fluids she started eating again.

Video shows Wilson hand feeding her heroic dog, and despite the terrifying attack, there is good news, Eva was released and is home on her own dog bed, with her own dog toys.

Wilson set up a GoFundMe page to help with vet bills. However, after it raised more than $32,000 in just two days, she stopped taking new donations.

Wilson hopes Eva has turned a corner and makes a full recovery. She says there is no doubt in her mind that if she didn't have Eva by her side, she would have been killed by that mountain lion.