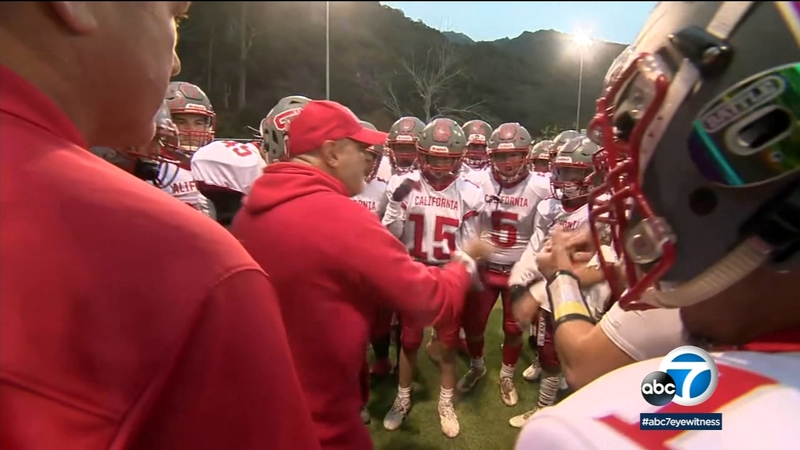 RIVERSIDE, Calif. (KABC) -- The undefeated football team at the California School for the Deaf in Riverside is headed to the state championships.

The Cubs won the division championship game on Friday, paving the way to their next big game.

Screaming fans cheered for the undefeated team that night, but most of the team that worked tirelessly to win couldn't hear them.

Every member of the California School for the Deaf Riverside's football team is hard of hearing or deaf.

They're the only all-deaf public high school team in Southern California, and they sign the plays to each other without the other team understanding. Their coach also uses sign language from the sidelines.

"We've got so many good players, honestly, not just players but we got great students, too. They're great kids. You know, whatever I say they're doing it. It makes coaching so easy for me. It's just been amazing. It really has," Adams said through a sign language interpreter.

This school has never had a winning season - sometimes going whole seasons without a win.

"The world looks at CSDR like, ah, they stink, their program is awful. You know? Oh, they never had a good season. Here we are. OK, that's fired us up. And now we're destroying every game. We're showing the world we can play," said wide receiver Jory Valencia through a sign language interpreter.

Actions spoke loudest on Friday night as the team celebrated their win as they get ready head to state. At the team's upcoming championship game on Saturday, they are expecting to prove once again that being deaf is not a weakness.

"This is history for us. We have one more, we are not done, we have unfinished business, championship is on the way," Zornoza said.