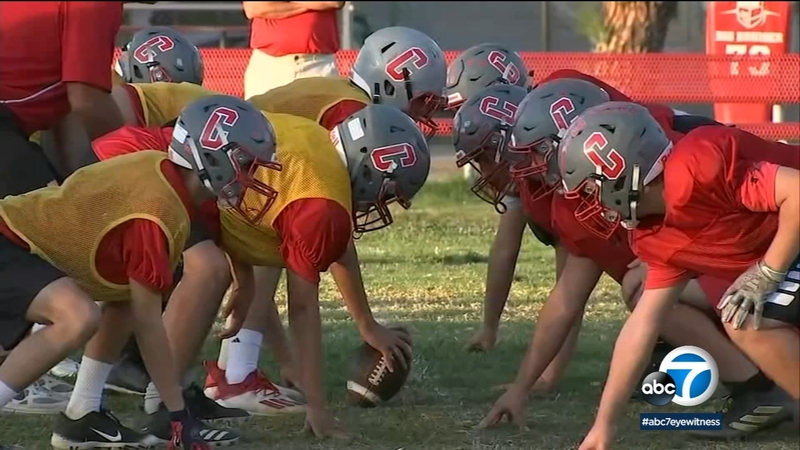 RIVERSIDE, Calif. (KABC) -- The drills and scrimmages games for Cubs football players looks pretty typical to onlookers, but what they may not notice at first glance is the silent choreography taking place on the field.

The players and the coaches use a flurry of hand signals to communicate the language of the gridiron at the California School for the Deaf in Riverside.

"We communicate with American Sign Language (ASL) and I think honestly the deaf players that's an advantage that we have. We are using our eyes 100% of the time we're more alert... especially on the field," said Trevin Adams.

Adams is the his team's quarterback, which can be a difficult position for even hearing players. He's also the coach's son.

Coach Keith Adam lead the Cubs to 11 straight wins this season, putting the division championship within reach for the first time in the school's 68-year history.

All the wins have been against hearing teams.

"From day one, honestly, we've had our eyes on the prize. That has been the goal. Let's get to playoffs, let's get to that championship game. We can do it, and we are almost there," the coach said.

A mixture of athletic talent, conditioning and the team's ability to communicate has been a winning combination that has trounced their opponents game after game in an undefeated season.

"Football it really brings a level of heart and cohesion and this will be an unforgettable season for sure," said Christian Jimenez, a junior on the team.

With two more games left to clinch the title, players are laser focused and drawing on their tight-knit brotherhood heading into Friday's semi-final championship game.