An estimated 249,000 people statewide filed unemployment claims last week, bringing the total over the last 19 weeks to 36% of the workforce.
KABC
By Carlos Granda 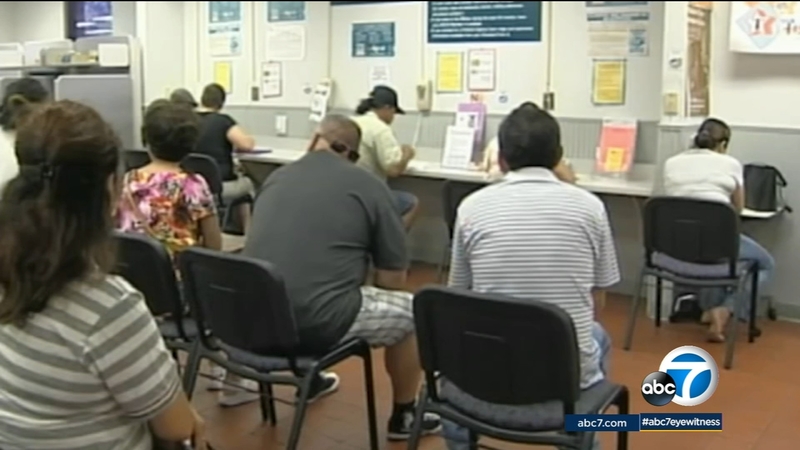 Lawmakers in Sacramento held a hearing Thursday to question California Employment Development Department officials about the delays with thousands of unemployment claims.

"We are frustrated and we are done being patient," Cottie Petrie-Norris, a Democrat from Laguna Beach said at the hearing.

Locally, it's not just lawmakers who are frustrated.

Narci Fierro said he's worked in HR and has dealt with the California Employment Development Department in the past. But this time is different. He said it's probably his seventh attempt at reopening his claim.

"I've sent emails, I've called, but actually there is no one to talk to at EDD. There are numbers, but when you call they say, 'Sorry, there is no one available,'" Fierro said.

This all comes as the number of jobless claims continues to increase amid the COVID-19 pandemic.

More than 1.4 million Americans filed for unemployment last week, and 54 million have filed since the start of the coronavirus pandemic.

Statewide, an estimated 249,007 Californians applied for regular unemployment last week, which brings the total to more than 7 million since the coronavirus outbreak, or 36% of the state's workforce.

Edith Sanchez is also unemployed and said she had to borrow money to make her car payment.

"They always tell me that they're going to have a specialist call me back and it's been more than a month already," she said.

"I hope members of the EDD are also embarrassed and that will trigger action," he said.

EDD said it's hiring more than 5,000 temporary workers to deal with claims and the governor announced a strike team to work on the problems, but it could still take months to deal with the backlog.