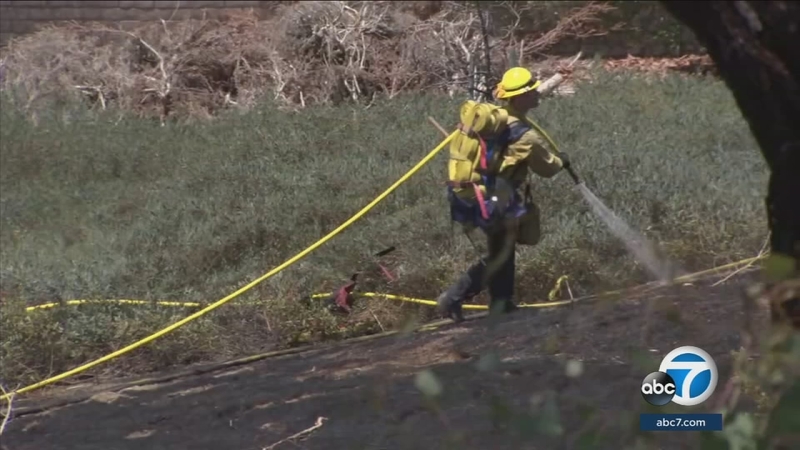 The blaze burned through dry brush as it made its way west, threatening homes near the park Wednesday.

The fire authority said more than 200 firefighters attacked the flames from the air and on the ground. An aggressive attack and good weather with little wind helped the firefight.

No injuries have been reported and no structures were damaged.

The area appeared to be mostly white smoke and charred hillside by late Thursday. The conditions marked a stark difference from the raging flames that lasted well into the previous night.

"It looked like hell on earth, it was an inferno," said San Clemente resident Montell McHenry on Thursday. "But right now, beautiful skies. You can see the wind, it's kind of clear."