The driver was sent to the hospital, though his or her condition remains unknown.
KABC 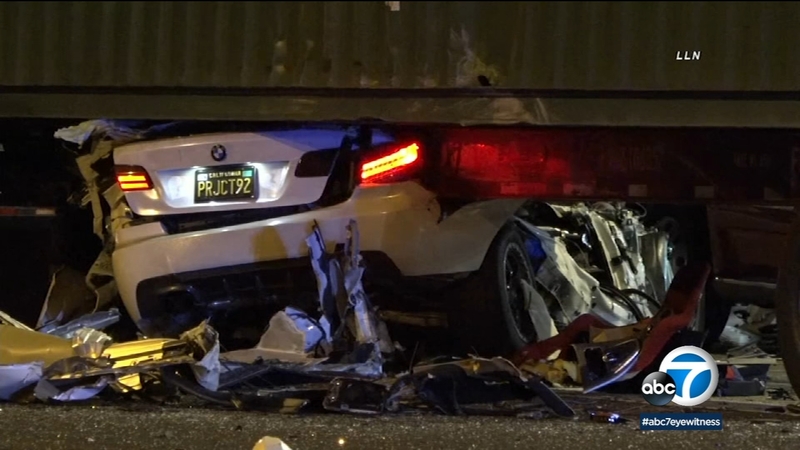 SOUTH LOS ANGELES (KABC) -- The driver of a BMW had to be rescued after the car was left crushed underneath a big rig during a crash in South Los Angeles.

According to the Los Angeles County Fire Department, crews responded to reports of the collision in the 19000 block of South Alameda Street just before 11 p.m. on Saturday.

It's unclear what caused the crash, but footage obtained by Eyewitness News shows the vehicle completely crushed and mangled underneath the big rig.

The driver was rescued and sent to the hospital, though his or her condition remains unknown.

The condition of the big rig's driver also remains unknown.

The crash remains under investigation.