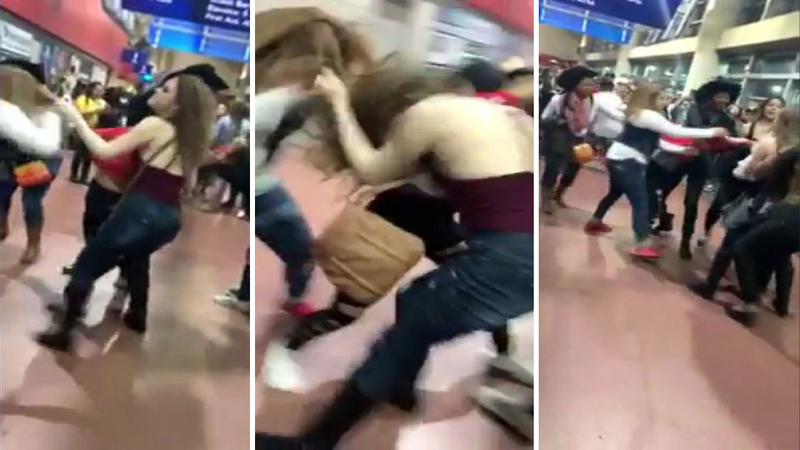 HOUSTON -- A mother says a dispute over seats at Cardi B's record-setting RodeoHouston concert ended in a brawl that was caught on camera.

Video shows four women fighting inside NRG Stadium Friday after two of those women were told the seats belonged to a 16-year-old girl and her sister.

Raw video shows a fight between two women and two girls at the Cardi B concert at RodeoHouston.

No one has been arrested for the fight. RodeoHouston officials earlier Monday told ABC13 two women were arrested, but it turns out they were involved in another fight.

Law enforcement tells ABC13 Eyewitness News this isn't the only fight during the 2019 Houston Livestock Show and Rodeo.

A fight broke out in a tent during the Brooks and Dunn concert on Feb. 27 when two men got into a disagreement over line placement. Both men were kicked out.

There are likely other fights that law enforcement does not know about, because one deputy we spoke with did not know about the incident at the Cardi B concert.